Who do you think is more talented? Justin Bieber or Selena Gomez 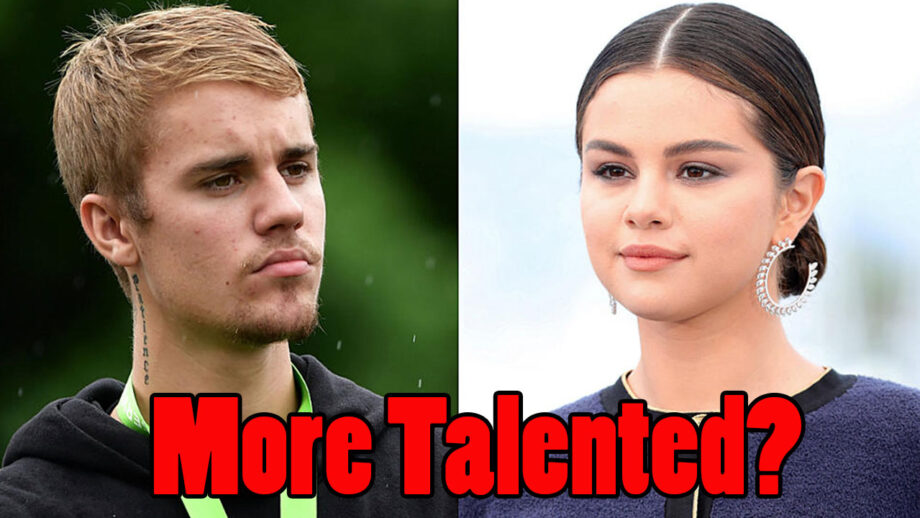 Ever since Justin Bieber made his way into the spotlight over a decade ago, he hasn’t left. The Grammy winner can turn essentially any track into a smash, and nobody can sell a single like he can these days. He has proved himself to be an unstoppable force in music. Justin Bieber’s journey from a teenager to a singing sensation has been phenomenal and over the years he has impressed his fans and followers with his music as well as the talents he possesses. He started his career by posting videos on YouTube and gained fame on his own without any influence from any famous studios. Justin Bieber has tried his hand at almost every genre and is succeeding in it.

On the contrary, we have Selena Gomez, the 27-year-old global sensation. She has been an absolute favourite since her Barney & Friends days.  She has been experimenting with a large number of music genres and has some of the best songs. Her songs have the perfect edge to make them striking and catchy and hook the fans to the lyrics. Selena Gomez’s vulnerability, her heart, her ability to connect with fans one-on-one even when millions are listening is what makes her song outstanding. The gorgeous singer has surprised her fans with her rapping skills as well. Selena Gomez is certainly a powerhouse of talent.

Let us know who according to you is more talented amongst these two singing stars.