Sunidhi Chauhan is one of the best Bollywood singers to date. Here's why | IWMBuzz
Subscribe Now
Music | Celebrities

Sunidhi Chauhan was born on 14th August 1983 in Delhi. She is one of the wells known female singers in Bollywood. At the mere age of 12, she made her debut through the film “Shastra". In the year 1999, she won a reality show called “meri awaz suno". This sweet voice reached everyone’s ear at a very early age. She got the motivation to pursue her career in music from her mother. Her father belonged to a theatre field, she also has a younger sister. She was lucky to be found by the actress Tabassum who made her sing live in one of her shows. She then shifted to Mumbai with her family to take a step forward in this field. Initially, her financial condition wasn’t great. After leaving his job Sunidhi’s dad managed to shift to Mumbai. Later actress Tabassum introduced Sunidhi to Kalyanji Virji Shah. Sunidhi was the name that Kalyanji gave Nidhi as he thought it would be lucky for her.

She worked with kalyanji for 4 years in his academy. After which she was offered the role of a lead singer in many movies. Before that, she was in the music group called little wonders. For her song ”Suna tha” she won the RD Burman award which is one of the most prestigious awards in the music industry.

She credited Malik for playing a major role in her “evolution”, as he “fought” with the producers to give her the songs, because of that she was “accepted in typical heroines romantic numbers”. Listing to some of her hits like desi girl, mujhse shaadi karoge, the disco song,etc makes our day. Her voice has an energy that never fails to express each and every lyric of the song. Her sweet voice relaxes our soul. Apart from her career she was married to Bobby Kahn but got separated due to personal reasons. She later got married to Hitesh Sonik and now has a son. Because of her hard work and dedication, she is now one of the best Bollywood singers of all time. 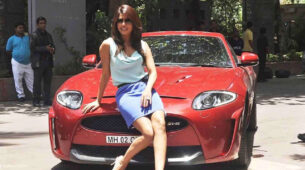 Priyanka Chopra's Silly Videos On Instagram That You Must See