Check out the greatest all-time Hollywood singer between Ariana Grande and Miley Cyrus! 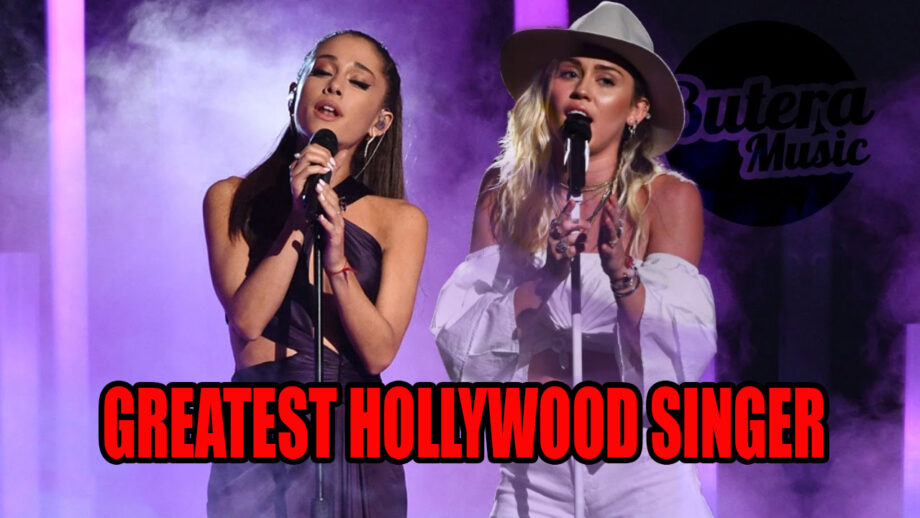 The American pop sensation, Ariana Grande has emerged so fast with her fabulous songs. She has got a really soothing voice that has touched the hearts of her fans. Her first song, Problem (2014) got her a lot of recognition. Ariana’s career boosted up after she dropped songs from her album, ‘Thank U, Next’ (2019), like & Rings (2019), Break Up With Your Girlfriend, I’m Bored (2019) and many more.

On the contrary, Miley Cyrus, the bold singer has changed with time. Her both songs and fashion have evolved over the years. Miley was well known since her appearance in the Disney show named, ‘Hannah Montana’. Her song, ‘Wrecking Ball’ (2013) and ‘Party In The U.S.A’ (2009) and many more of her hit songs were totally loved by her fans. Miley Cyrus has made everyone stunned with her amazing music tracks.

Both the singers have got their own style, and are loved by the audience. But, who between Ariana Grande and Miley Cyrus is the all-time greatest Hollywood singer? Comment down below!