Kumar Sanu the kind of 90s who had the industry in the storm. Kedarnath Bhattacharya regarded as Kumar Sanu gave a smashing hit with his voice for the movie Aashiqui, 1990 which was a major blockbuster for its songs. People to date see Kumar Sanu as one of the best singers. He has crossed several records as well as is known for his major philanthropic work.

In 2009 Kumar Sanu was honored with Padma Shri. And have been working for many social causes. For instance, he also opened a school of underprivileged children. Majorly his voice is compared to Kishore Kumar. He has a vast fan base of people going crazy for the guy.

The one to be considered a living legend is no other than Sonu Nigam. One of the greatest classical singers who started his journey as a singer young. He was just four years old when he had his first concert alongside his father. His tracks are filled with richness. Sonu Nigam has also made quite a name with a few of his philanthropic works.

From singing the beautiful track, Sandese Aate Hain that gives goosebumps every time one listens to the track. Not to forget the forever gold record Phir Bhi Dil Hai Hindustani. He has a huge crowd going crazy for his voice.

Who do you think between the two has the majority of people crazy for them? Kumar Sanu or Sonu Nigam. Vote Now. 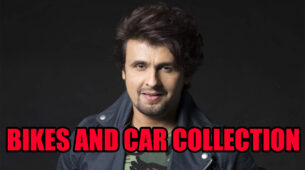