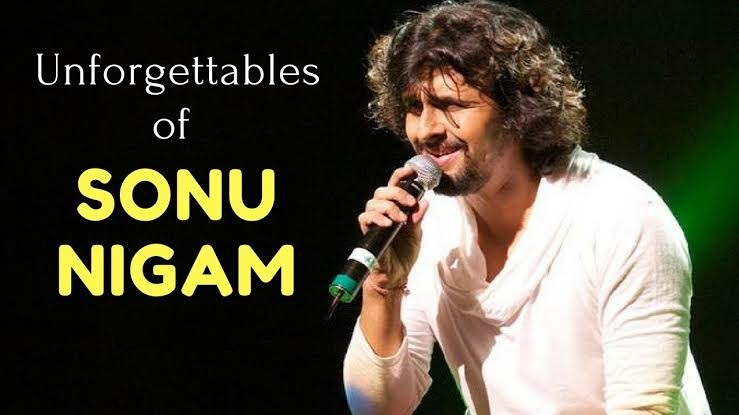 Sonu Nigam has proved his worth not just in Hindi but also in many other vernacular languages like Bengali, Oriya, Tamil, Punjabi, Marathi are just a few. He is a great singer and a living legend of the Bollywood music industry. He came into prominence when there was no such thing as auto-tuning. He took the whole of B-town by storm and there has been no stopping for him ever since. He has the true essence of classical music to his voice and so is loved by many. Here we have tried to mention his top songs to date and I know it won’t be right justice because all his songs are fabulous renditions.

Bole Chudiyan
From the movie Kabhi Khushi Kabhie Gham. A song that will perfectly blend into your sangeet ceremony.

Tumse Milke Dilka Jo Haal
A perfect qawwali song. Not the movie but also this song made a permanent place in the hearts of every music lover. From Main Hoon Na.

Dil Dooba
One of the most popular songs to include if you are making a memory song marathon and wish to get washed with nostalgia.

Mujhse Shaadi Karogi
One of the best and most funny peppy songs. It was very much in demand and with Sonu’s voice, the song was beyond comparison.

Yeh Dil Deewana
Who wouldn’t have dreamt of racing through the desert of Las Vegas after watching this song video? Also, the Sonu Nigam voice made it more difficult not to listen to this song.

Kal Ho Naa Ho
A song that not just makes you emotional and surely makes you cry; if you have watched the movie you know what I am talking about. It also gives you a valuable message that nothing is permanent.

Which of the Sonu Nigam tracks is your favorite on a personal level? Comment on your nostalgic song.