Success and hard work and determination go hand in hand… 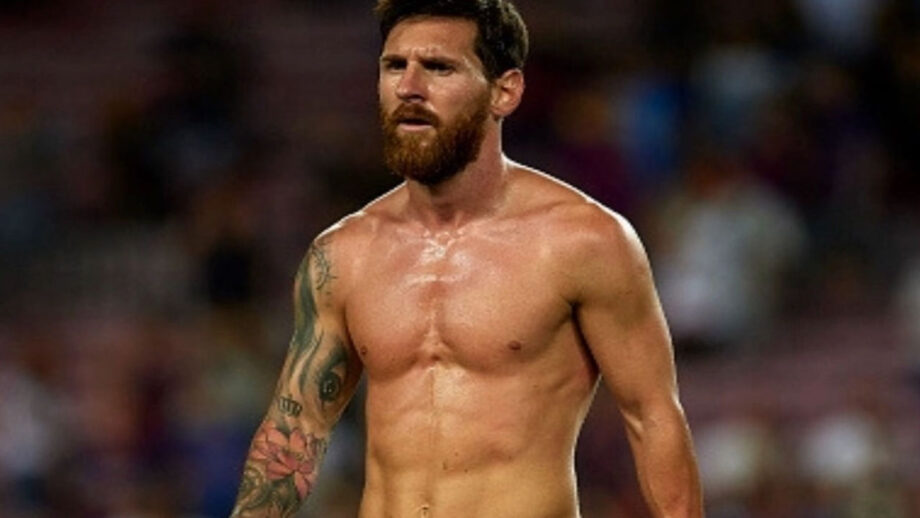 Lionel Messi is one of the greatest players to have graced the football pitch in the history of the game. The Barcelona superstar seems to get better season by season, defying the expectations that naturally come with growing older. Messi isn’t a heavy-workout junkie, however, he does have to follow some regular workout plan under the supervision of his coaches.

The Argentine’s workouts revolve mainly around making sure his body is up to speed, literally. In order to build his speed, his workout is divided into different sections which contain several exercises. In terms of basic movement, he practices the pillar bridge-front, lunges, hamstring stretches, and pillar skips. He also uses the hurdle hop as well as split squats in order to strengthen his core and leg muscles. To end his portion of the workout, he does different acceleration drills to boost his pace. The next step of the linear speed workout is to maximise his multidirectional speed. Messi uses the exercises of pillar skips, skipping ropes, and squats to further build his leg muscles. For agility, he skips past diagonal hurdles, cones and other obstacles to improve his lateral movements. At the end of each workout, drinks plenty of water to keep himself hydrated and then jogs for five to 10 minutes to cool down.

Italian nutritionist Giuliano Poser has revolutionised the Messi’s diet since working with him in 2014. He has identified five key foods – water, olive oil, whole grains, fresh fruit and fresh vegetables – as the foundation for Messi’s dietary regime.

With such an intense workout and strictly followed diet, Messi is who he is!