Often considered the best player in the world and widely regarded as one of the greatest players of all time, Messi has won a record six Ballon d’Or awards and a record six European Golden Shoes. The Barcelona star’s perfect game techniques and calm composure have made him an opposition’s worst nightmare. Messi achieved these accolades by continuously performing to a ridiculously high standard. However, all this didn’t come easily served on a platter.

The Argentinian is arguably still the best dribbler in the world. As a matter of fact, Lionel Messi has completed the highest number of successful dribbles in Europe’s top 5 leagues since 2013/14. Messi has enough composure to retain his calmness during the big games, and not get lured into any sort of altercation with the opposition. He is still passionate and dedicated to the game as he was as a kid. Talent alone is not always enough, but when you merge footballing abilities with an excellent attitude, this is when you reach excellence. Lionel Messi’s statistics for Argentina National Team and Barcelona F.C are living proof of Messi’s great performances over the decade. And all of it is topped with extremely great looks and a killer smile.

Messi has to be a favourite when he is nothing but the best. 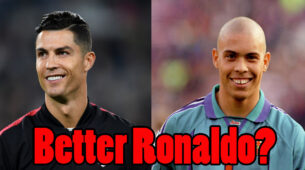