Check out the real reason behind Suresh Raina leaving IPL 2020, and know the reasons that went viral all over the internet! Suresh Raina, the Indian all-rounder cricketer has recently announced his retirement, along with MS Dhoni on the occasion of Independence Day. The player has excelled in every skill, starting from batting, to bowling, and fielding. Suresh Raina is considered as one of the top fielders in the world. The player is well known for his aggressive left-handed middle-order batting and also occasional off-spin style bowling skills. Suresh Raina has established himself on the field several times. He has also been a part of the Indian Premier League (IPL) team, Chennai Super Kings (CSK).

Like every year, Suresh Raina was also a part of the CSK team this year. Due to the COVID-19 outbreak, the IPL 2020 had to be postponed. After a long wait, finally, the fans got back their enthusiasm. The CSK headed to UAE (United Arab Emirates) for the tournament and preparation. But, soon the news of the Coronavirus breakout came out. As soon as the news got leaked, Suresh Raina was seen leaving the spot and returning back to India. Many predicted that it might be because of the virus outbreak. But later, Suresh Raina cleared it out by stating the real reason to the fans. There was an attack on his close relatives in Pathankot. The incident was very stressful for the player who made his return back. In fact, he stated that “Nobody will just turn their back on Rs 12.5 crore and walk away without a solid reason”, to Cricbuzz.com.

But, social media went on with several predictions and assumptions on the action taken by Suresh Raina!

Also read: Suresh Raina’s Best Catches Made Him One of India’s Best Fielders

After getting information from Suresh Raina, Harbhajan Singh opted out from 2020 IPL due to window issue as he doesn’t hv any window in his hotel room 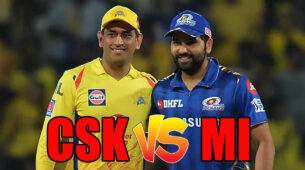 IPL 2020: Cadbury Dairy Milk Partners with Mumbai Indians to Make Every Run Count, Beyond the Scoreboard