Harleen Sethi, the lead protagonist in Discovery JEET’s Gabru gets into a conversation with IndianWikiMedia.com Harleen Sethi who has enjoyed being behind the camera, will for the first time get before camera as actor, as the lead girl in Discovery JEET’s show, Gabru: Hip-Hop Ke Shehzaade produced by Amritpal Singh Bindra and Anand Tiwari’s banner, Still and Still Moving Pictures.

Harleen is very much excited about her upcoming stint on the to-be-launched channel, Discovery JEET, which she claims to be a very credible channel with very relavant and relatable content.

Says the actress, “Discovery JEET will bridge the gap between digital platform and TV. I was very happy for the fact that something like this concept was coming on television. I have watched Producer Anand Tiwari directed web-series, Bang Bajaa Baraat. I was excited to work with him, and this had been in my bucket list. Also, the character offered to me was exciting as I don’t think any woman has played such a character till now on Indian television. She writes lyrics, and then raps it in her own style and it is her journey. But due to her family issues, she is not able to pursue whatever she wants to. Later life takes a U-turn and puts her in a place where she is deserved to be in. Also, the show has music, rapping which was very interesting. Overall, if I have to sum it up, it has been a fun journey.”

Harleen believes in experimenting more as an actor, and is happy for the fact that Gabru is a 35 episodes series. “It is very exciting as it is a limited series. This means you are not stuck in a character for a long time. Gabru has a young team and it was fun working with all of them.” Talking more about her character in the show, Harleen states, “Bani Khurana is from Chandigarh; she is a very lively girl, has her own dreams. But she comes from a typical Indian mentality where for her mother, settling down means to get married. Being a single parent, my mother has not had an easy journey herself. So she wants her daughter to see the joyous side of life by getting married. Even though Bani dreams of being a hip-hop artist, she stops herself to make her mother happy. After marriage, her life takes an ugly turn and how the failed marriage actually puts her in a situation where she has to fight it out is very interesting. She later makes a name for herself and pursues her dreams.”

Harleen has had the best of time shooting with co-actors Amol Parashar (MC) and Chaitnya Sharma as Sarfaraz. “The story is about three protagonists who have their own journey and success stories. The crux of the story lies in the manner in which the three of them handle their success from thereon. Their music is very different from each other and distinctive. Shooting with these guys was absolutely crazy and fun. There is so much energy that you get from your co-actors. Acting is all about listening and responding. The vibe on the set was very positive. Since we had a young team, we always had a blast.”

The young girl learns to enjoy the process of film-making or playing a character. She does not want to look at results, as she has enjoyed being part of the show. “It has definitely made me enjoy the process. Having started behind the camera, and having specialized in advertising, I have done my PG in marketing. I have served as Assisitant Producer with NDTV Good times. I was not sure about being allowed by my parents to come in front of camera. Hence I got into dancing, learning with Ashley Lobo for couple of years. I was the Jazz Instructor with his company. This was when I got lot of offers for ads. I never thought I would take it up full-time. But I got so many ad offers that I started doing only ads for some time. I took it as God’s calling. By God’s grace, things worked out and I was doing only ads for two years. Later I hosted shows on NDTV Good Times. I have also hosted for Zee Cine Awards. This was when I got called for more acting based projects. I got shortlisted for many films. But eventually when the offer came from Gabru, I wanted to go with the flow. The concept of Gabru was so intriguing that I wanted to take it up.”

Harleen is very happy with her first final product of her career as actor. “I am a very positive person. I am very excited, more than being nervous. It is a new channel, so we do not know how many people will get to see it. If you ask me, I am proud of being part of the show. I am looking forward to people watching it. I am very happy that the show is going to be on Netflix, with Discovery JEET having a tieup with them. This is another tick on the bucket list for me.” Harleen feels that some really good content is being made on the digital platform. “I want to do something that will stand out. Bani is the only girl in the show; that makes me all the more excited.”

The girl loves music, and is trained in classical music during childhood. “I love music and this was another important reason to take up this show. Before we started shoot for Gabru, I had to undergo training. We have worked with the beautiful music composer, Earl Edgar and got trained by him. I love music and dancing. I looked forward to the rapping scenes while shooting. As a rapper, you are not singing; you are only voicing the lyrics. After all the learning and shoot, I have gained lot of confidence. I am now a rapper and decent enough hip-hop artist. I can rap by myself; if someone gives me the lyrics, I can surely rap it.”

On her expectations from Gabru, Harleen states, “I hope people see and appreciate me as an actor. I am really looking forward to get a response. This girl (her charcter) has a very interesting journey; she is the only aspirational character in the show. Indian women will very quickly connect to her. So I think that people enjoy my performance, connect and relate to it.”

Way to go!! Have a blessed journey as actor, Harleen!! 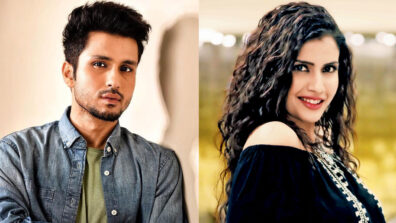