With looks that could kill, acting that mesmerizes them all and an amazing personality, Jennifer Winget is the undisputed queen of Indian TV.

The woman who was placed in the list of 50 Sexiest Asian Women in 2012 by the UK-based newspaper ‘Eastern Eye’, Jennifer Winget is a known name, charming personality and a gorgeous artist, inside and out! And if you thought that was the only rank she had then you’d be surprised to know that Winget was in a couple more international lists!

She ranked Number 1 in Times of India’s Top 20 Most Desirable Women on Indian Television 2017 and then again features on the Eastern Eye’s Sexiest Asian Women list of 2018, only this time she was on the 13th position!

Many don’t know this but Jennifer Winget started her Bollywood career way back when she was just 12! Her first taste for acting was in the movie Raja Ko Rani Se Pyaar Ho Gaya, where she was the child artist. She was also a child actor in the movie Kuch Naa Kaho, and she was only 14 then. It is clear to us that this star was in the making from an early age itself and such a great one at that.

Born in May, this Gemini beauty rose to fame with her portrayal of Kumud in Saraswatichandra and then went on to rule over millions of her fans with her role of Maya Mehrotra in Beyhadh. We are certain that her role in Beyhadh expected a lot of preparation and detailing from her, but Jennifer did complete justice to the role and now, we can’t think of anyone else who could have played Maya!

Coming to awards, we can say for certain that this actress has bagged a couple of awards for almost every role she played on the silver screen and stands to be one of the highest paid actors in the Indian Television industry. 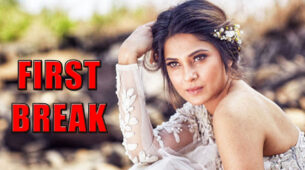