Kawach Mahashivratri season 2 has begun and this Ekta Kapoor gem already looks very inviting for its plot, amazing star-cast and the twists and turns which have begun from the get-go. The plot is about the ancient belief of Mahashivratri and how Lord Shiva’s preoccupancy has resulted in him losing control of the ghosts and they end up tearing havoc on that night. This is the reason why the Shiva mandir is off limits in the night.

We are super excited to know what turns this plot takes and are engaged in the story to an extent that every surprise element has us on the edge of our seats!

1. Deepika Singh, who is starring in the serial as Sandhya Patwardhan, Andy’s (Angad) fiancée and evil spirit, with a double role

The series revolves around love, passion and obsession and focuses on breaking barriers between the living world and afterlife, and audience loves every bit of this serial’s second season already. It will be exciting to see where the story of this show leads and we are certain that TRPs will continue to rise as it proceeds. 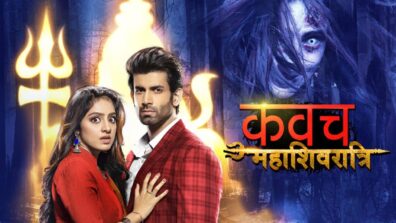