Kawach Mahashivratri 07 Sept 2019 Written Update we see Sandhya, Angad, and Bhao in major trouble and how they all are worried about Bhao 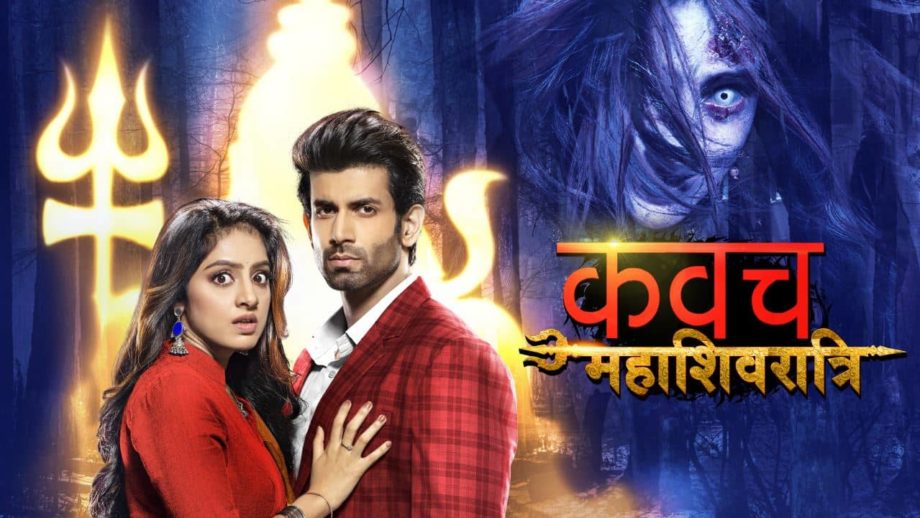 Today’s episode of 07 September 2019 Kawach Mahashivratri starts as we see Sandhya and Angad worrying about Bhao. He tells her to relax. Bhao’s new ghostly form comes to Prem and Aastha’s room. It snatches Aastha’s blanket. She thinks it is Prem. Later, she sees a green light and wants to catch the person. Ankit comes there and asks Aastha what is she doing? She says she is playing. Later, she gets locked in the storeroom. In the morning, Sandhya and Angad share a romantic moment but go down as they hear Malini shouting. Bhao torments the whole family. Malini’s legs go missing.

Sandhya and Angad go to Rekha who is unconscious. Sandhya says we need Rekha to save Malini and Prem. She wants to find Rekha’s ancient book. Ankit and Shobha have a fight. She says she cannot live in this ghostly house. Ankit and she leave the house. Malini cries thinking that she has been abandoned by them. Sandhya awakens Rekha with the help of ammonia powder. She wakes up and says she was attacked by Dubi. She says Dubi attacks a person with green smoke and he vanishes in 24 hours. She says we have to kill him. Prem has torn a page from her book. Dubi who cannot touch anything tells Prem to burn it.

They ask the family members if they burnt the page of the book. Everyone denies it. Prem has kept the page on gas to burn it. He is hesitant but Dubi threatens him. He burns it. When Sandhya-Angad asks him, he says he did it to save Aastha who is under Dubi’s spell. They track down Dubi. He tells them to give Prem to Bhao. Sandhya refuses. Aastha starts turning green. Angad calls Dubi a coward to attack the kids. They challenge each other.

Sandhya tells Angad to hide in the temple with Prem and Aastha. In the bedroom, Dubi blows smoke on Shobha. Sandhya and Angad come there ringing the temple bell and showing God’s idol to Dubi. He feels the pain. He attacks Angad but Shobha saves him. Later, Shobha thanks, everyone. Dubi feels trapped and says he won’t leave them. The written update of today’s Kawach Mahashivratri of 07 September 2019 ends here.

Read More Rekha gets attacked by a midget