Check out these interesting and fun facts about Jennifer Aniston that you were unaware of! 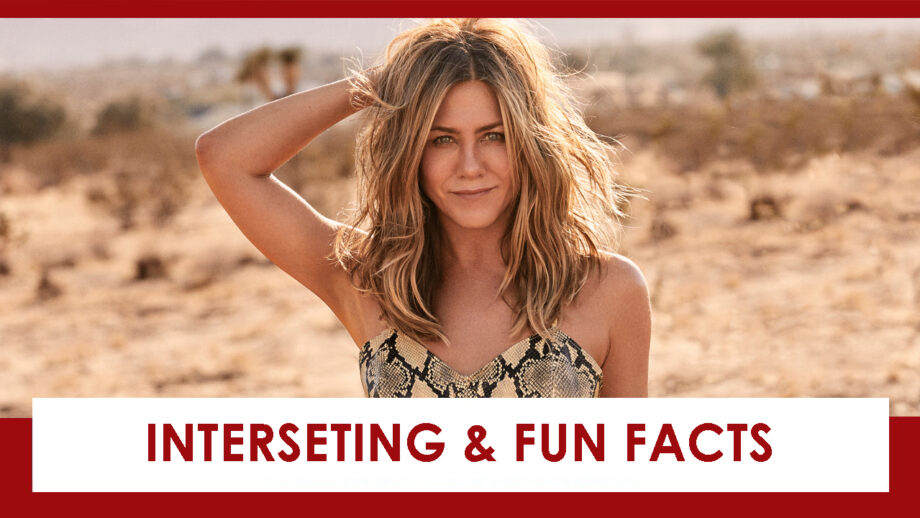 1: Jennifer Aniston’s parents, John Aniston and Nancy Dow who already had an acting career in the industry, never wanted their daughter to land up to her career as an actress.

2: The ‘F.R.I.E.N.D.S.’ actress has lived in both the nations Greece and New York City.

3: When the actress was 11 years old, she painted a picture which is now in the Metropolitan Museum of Art, New York City.

4: As per her interview reports by The Hollywood Reporter, Jennifer disclosed about her struggles with dyslexia, and how she got herself diagnosed in her early 20s after graduating school.

5: Jennifer Aniston did a few part-time jobs before entering Hollywood which included the job of a waitress too.

6: The actress was once bullied in her school days, and she said about it to InStyle.

7: Jennifer wasn’t chosen to play the role of Rachael Green in ‘F.R.I.E.N.D.S’. Courteney Cox was supposed to be Rachel and Jennifer Aniston was chosen to play Monica. But later they got exchanged.

8: When the whole world is fond of the Rachael haircut from ‘F.R.I.E.N.D.S.’, Jennifer hated it.

9: Jennifer Aniston has two pet dogs. One is Norman, a corgi-terrier mix and the other one is Dolly, a German Shepherd.

Also read: Jennifer Aniston In Off-Shoulder Or Long Sleeves: Which Look Do You Like The Most?