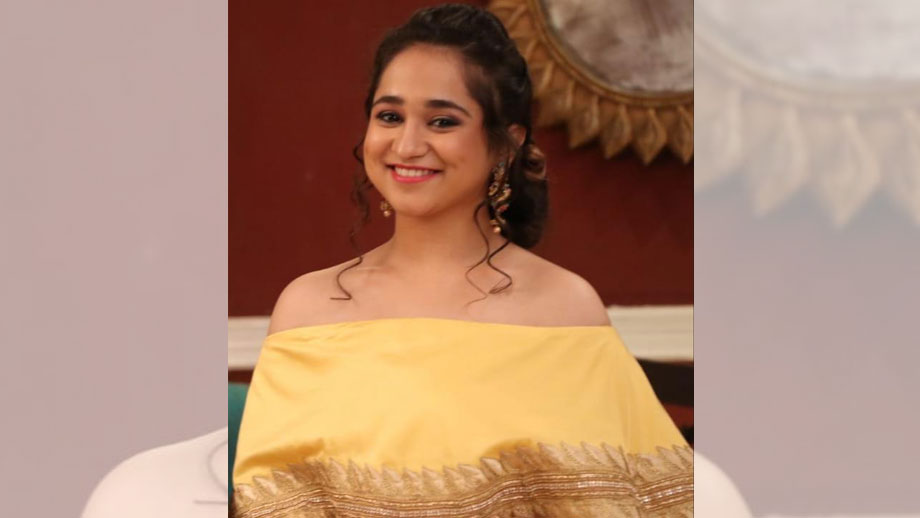 Zahara Sethjiwala, who plays the Harvanvi-speaking daughter of Happu Singh in &TV show, Happu Ki Ultan Paltan, is very happy that her show is doing well. “This will surely help the career of all upcoming actors in the cast, including me. This is only my third show. I began with a small role in another &TV show, Bakula Bua Ka Bhoot. Then I went on to do a cameo in Bhabhiji Ghar Par Hai, where I was noticed by producer Binaifer Nakra Kohli and Sanjay Sir, who gave me a chance in Happu. I must also thank the director, Shashank Baali, for helping me on my way.”

Talking about getting the Haryanvi right, she says, “Prior to this show, I had no connection with this Jat lingo. I just saw Dangal a few times, observing how Fatima Sana Shiekh and Zahira Wasim spoke. Also, the character of Mallika is so well-written that I automatically get into the flow.”

“I am really enjoying, for this tomboy character is so unlike me. While I am always bubby and cheerful, Mallika is always angry, making her father’s and others’ lives miserable.”

Zahara is full of praise for Yogesh Tripathi, who plays her on-screen father. “He is a sweetheart, taking care of all actors who play his kids like his own. He actually sits behind the monitor when others are acting, to ensure that nothing goes wrong for the entire show revolves around him.”

“Here I wish to let you in on the secret that when Happu Singh’s character was being written, the makers were unsure of the look. Yogesh himself offered to look paunchy and ugly, showing his commitment to the craft. Normally, most comic actors don’t pay so much attention to creative details,” she adds.

“Working with such seniors (Yogesh, Himani Shivpuri) inspires us to work harder. And the icing on the cake is when I get complimented that I am delivering like an old hand despite being so new.”

Looking ahead, like other young actors, Zahara too would want to try her hand at web series. “I don’t follow any TV show apart from my show and Bhabhiji. I’d rather binge-watch web series.”

However, when asked if she is game for bold stuff as the net requires, she says, “I will not be comfortable as this would be virgin territory for me.”