“Interestingly, I have only lent my voice for this Srivinay Salian and Abhijit Kokate directed film and am not seen, for the entire narrative is the creation of my schizophrenic character.” The other cast includes Sanjay Mishra, Tannishtha Chatterjee, Priyanka Bose and Barun Chanda. His other recent feature films include Sui Dhaaga and Pataakha.

“Given the setting, the camera becomes a very important tool and after a while you actually get into the head of my character. It was a real challenge to get the emotions to the voice as I was not present during the shoot and neither spent enough time with the creative, to understand the psyche of the character.”

Will such an off beater work? “Today, cinema grammar has changed and you don’t need formulae to survive. Today, different creative vehicles can be used like our experimental zone. Most importantly, small films now get a release window, which was not possible a few years back. Agreed, this ratio is small for now but will grow over time. The internet is also a game-changer, in the sense that you can make a piece of art for the WWW landscape and possibly earn through YouTube ads.”

Besides Rakkhosh, Namit, who is currently also rehearsing for a musical, is not really looking to come back to TV. “I had got a few comic offers post Sumit, but nothing juicy enough. I just hope that whenever it happens, the output is in a sensible and good light.”

Point out that no matter what you say about TV content, small-screen actors make huge money, and he says, “Yes I know, but I can’t do anything just for the money. TV is lucrative, given its size.”

“Having said that, I have dabbled in TV from time to time. Starting with acting in Pancham on Zee and hosting Axe Your Axe( AXN).” He was also a part of the 2007 international series on call centres, called Mumbai Calling.”

Namit has also tried his hands at web with Kaushiki (Viu), calling the format quick. “We shot a lot in 21 days. I had great fun working with Rannvijay Singh and Sayani Gupta. Here I wish to add that I am not a very big fan of the new bold crest on digital. It is demeaning to fill your content with unneeded sex and abuse to just earn eyeballs.” "We all look forward to watching it together tonight", Sanjay Mishra on Shah Rukh Khan attending the Kaamyaab Premier 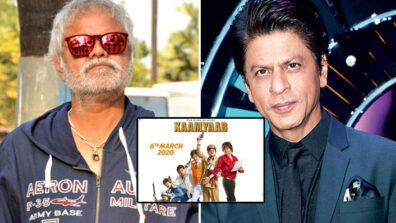 Tannishtha Chatterjee on her directorial debut 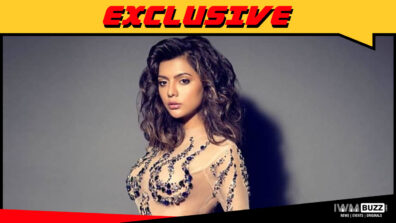