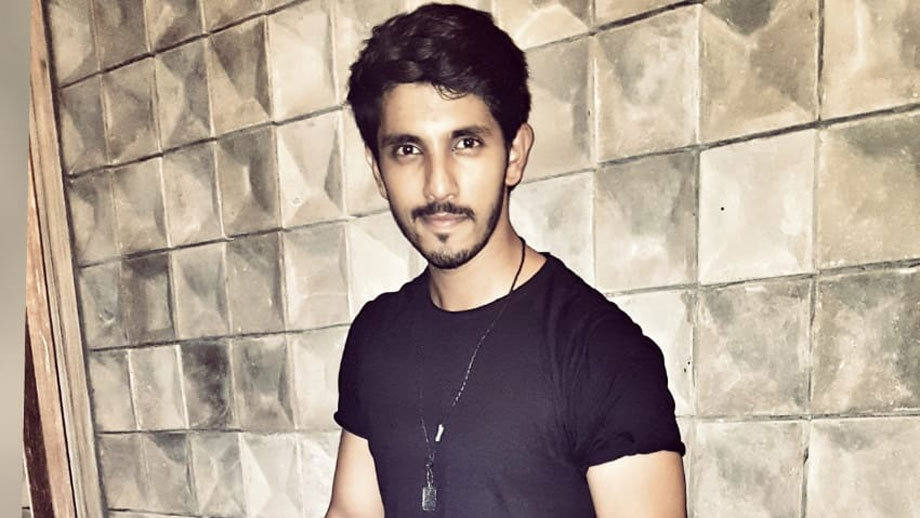 The actor, who really wants to be back on screen to entertain his lovely fans, says that he is waiting for the perfect project.

Kanwar feels web is the newest platform that has been expanding for both producers and actors.

In a candid chat with IWMBuzz.com, Kanwar talks about what is keeping him busy these days.

What is keeping you busy these days?

I have been keeping myself busy with my gym workouts and trying my best at dieting. I’m making the most of the free time I have in hand, when I don’t have any other commitments or work meetings. Apart from that, I have been a little occupied, personally, with a lot of things happening around.

Why have you been away from TV?

I have not been away from TV by choice. It’s just that nothing good has come up, since Ek Aastha Aisi Bhee. I did BCL early this year, which didn’t end up well for me. Personally, I had the worst experience, solely because of the people I got associated with in the team. Post that, I had signed two shows in between, but both got scrapped. I didn’t want to take up on-going shows. Post the 3 month IPL gap, I was doing Laado 2 after its leap, when on the first day of shoot, I was informed that I am not doing it anymore. That really came as a shocker, since I had already done a lot of running around with the team, doing look tests and stuff. They, being so unprofessional, just took someone else instead and informed me two hours prior the shoot on set. But I am glad I didn’t do the show because it only lasted a month or so, post leap. That made my instinct of not doing an on-going show stronger, because so many shows were going off air post IPL. I didn’t want to be a part of a short term project. After that, it has just been a phase of projects happening at short notice and then getting delayed for whatever reasons. I have chosen not to overthink now, because it’s just a phase that will go by. However, I am in talks for some good projects now, so something should happen soon, I am sure.

For your comeback on TV, what kind of acting roles are you looking forward to, in your career?

To be honest, there is nothing in particular that I am looking at. The aim is to do challenging lead roles that make me grow as an actor, be it positive or negative. I have always tried to pick different and diverse roles in my career. I started out with a negative role in The Buddy Project & Na Bole Tum Na Maine Kuch Kaha; and today I have done back to back shows as the main lead, all roles being different fromthe other. I also did youth-based episodics, like Pyaar Tune Kya Kiya, Halla Bol, Yeh Hai Aashiqui, Aye Zindagi, because I loved the stories, and each character was different from the others.

I have received love and fantastic feedback for all of them individually. I am a very hungry actor and a sucker for good roles; probably that’s the reason I can’t just do anything just for the sake of being seen on screen. I have to be confident about something to take it up. After Na Bole Tum, I haven’t really received any negative role offer that excited me enough. I would love to do a negative role again, provided it’s given that treatment and importance in a show.

Which show or character has been a learning curve for you?

Every show has taught me something or the other. Every team/cast was different from one another. You learn to adapt to a different set of people who are involved with every show; you have different experiences. Having said that, I think Hum Hain Na was a learning curve for me in a lot of ways. I got to learn about the culture and people of Banaras through my character, Bunty Bhaiya, since the show was based there. I was unaware of the Chhat pooja, Ganga aarti and so many other rituals that happen in Banaras. It was so surreal to experience all of that. Also professionally, Hum Hain Na was a good teaching. It was pretty much doing well, when the plug was pulled on it; I was quite taken aback then. It taught me to expect the unexpected in our industry and not get too emotional about things when nothing is in your hands. So yes, it has to be Hum Hain Na.

With so many new actors entering the industry, do you have fear of competition?

I feel competition is everywhere. This industry has a lot of new people coming in every day. I don’t fear competition because I am pretty confident of my talent and capabilities. I have always been mentally prepared that this is not going to be an easy ride, even before I started out as an actor. I have seen my father since childhood in this field, heard so many things from him, and seen so much happening; so I am pretty much sorted in my head that way.

Are you open to doing web-series?

Yes, of course. Web is the new thing and it’s definitely the future of entertainment. I so badly want to do a good web-series since a long time. If offered one that suits me, I will definitely take it up.

Although you are away from screen, fans have been pouring love…how does it feel?

Yes, that is so sweet, isn’t it? I receive so many messages and comments on social media, asking me when I will be back on screen. It feels good to have earned so much love over the years. There are even some of them I know by name since day one, because they have been a part of the journey with me since my first show. My fans are special to me and I make sure I interact or reply to them whenever I can.

Finally when will your fans’ wait get over? When are you returning on screen?

I am hopeful that the wait will soon be over and my fans/well-wishers will get to see me on screen very soon. More than them, I am dying to be back on screen, and especially on set, because that is where I love to be. I am the happiest kid, when I am busy shooting. Is it right to promote a serial abuser like Hindustani Bhau, asks Kanwar Dhillon Janhvi is calculative while Ishani thinks from her heart: Tina Philip on Ek Bhram Sarvagun Sampanna Narayani Shastri and Kanwar Dhillon to enter Star Plus' Nazar Manmohan Tiwari roped in for Navrangi Re