In conversation with the master comedian… Aasif Sheikh of popular & TV show Bhabhiji Ghar Par Hai attributes the continuing popularity of his jobless character Vibhuti to the love of the audiences.

“I always make it a point to maintain a consistent graph. I have always been part of long running shows e.g. Yes Boss among others,” says the talented actor.

Here, Aasif adds,  “Doing a long running comedy is more of a challenge as opposed to say a soap where a  wedding sequence can be stretched for four or five days. But in our case, we need to make you laugh at each and every scene. The entire team brainstorms for we need to keep adding fresh elements to keep away monotony.”

The responsibility on Aasif is a bit more for most of the jokes revolve around him. “Add to that, my character always plays around with costumes (60’s look in the current gambler track) and the language (ornamental Urdu and Hindi) bit.  I always regard the lines given to me as a basic framework to which I add a lot of my personal touch.  Since the director Shashank Bali and writer Manoj Santoshi are old friends they understands that whatever I do will be for the betterment of the script, so I am given a  lot of leeway.”

Father of grown up kids Aashf says that that team is very careful not to cross the thin line of making the  Vibhuti and Tiwari (Rohitashv Gaud) combo look vulgar while trying to make a pass at Angoori bhabhi ji (Shubhangi Atre Poorey) and Anita Bhabhii (Soumya Tandon) respectively.

“Hence rather than using cheesy lines, I take special pains to mouth poetic lines to impress Bhabhiji, it is a different matter that they go over her head (smiles).”

Aasif, who has stayed away from dailies so far, will continue to do. “I had worked on such project for six months and felt suffocated.”

Furthermore, on an ending note he professes that he also does not believe in being part of cheap comedies.

“I get several such offers which I always turn down for I don’t want my family to ask me what am I up to?” 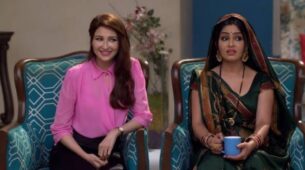 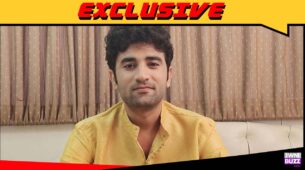 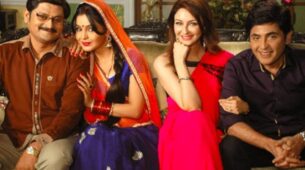