Producer Saurabh Tewari in conversation with IWMBuzz.com about the show doing well post its launch. 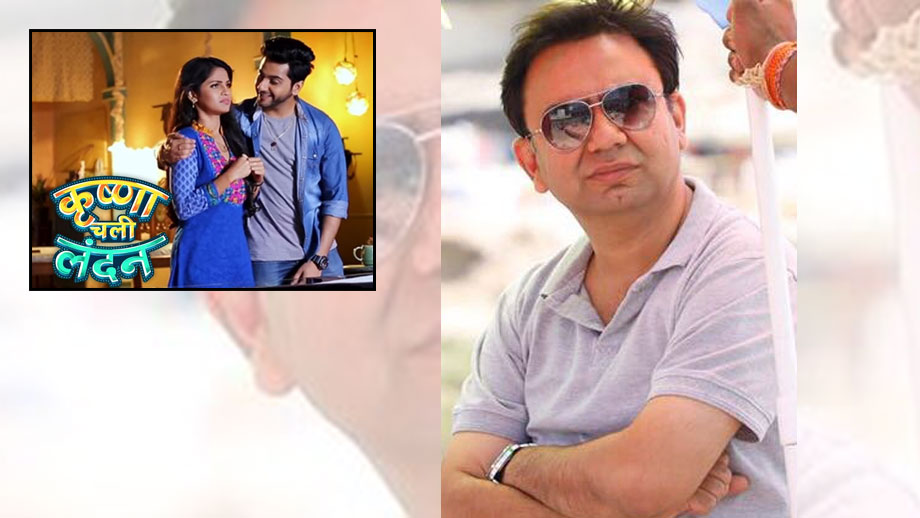 Producer Saurabh Tewari is upbeat about the progressive jump in ratings that his show on Star Plus, Krishna Chali London (Parin Multimedia) has taken in the past few weeks!!

After opening at about 1, the show has now gotten into the 2 TVR mark and registered its highest so far (2.1) a week back.

Says Producer Tewari, “I think the biggest aspect that has worked in favour of Krishna Chali London is the way it has been pitched. There are always two main lead characters and the show revolves around them. The focus is predominantly on the main leads. The difference here is that the story is not about a couple; it is about an atmosphere and the story of a family. The real success of this show is because of the style of writing and story telling. It has managed to find its own set of viewers, especially amidst all the competition. But we still have a long journey ahead; I personally don’t think that KCL is a big success yet. We are just at the beginning of being successful. Our effort now will be to take it ahead. Having said that, it has been a good growth in terms of numbers; we opened at 1 TVR and in 12 weeks’ span, we have grown it to 2.1 TVR.”

Talking about his cast, Tewari states, “Megha Chakraborty is doing a phenomenal job. Gaurav Sareen has been new, and has got into his groove now. Undoubtedly, the other actors like Sushmita Mukherjee, Bhagwan Tiwari, Neeraj Sood, Madhuri Sanjeev don’t need to be praised; they are power-packed performers and have been in the groove of acting for so many years.”

In a recent episode that aired, the sequence revolved on the boy’s father and the girl’s father and their heated confrontation. Talking about this unique scene, the Producer avers, “The fathers had the entire sequence wherein they were talking for nearly 20 minutes of content. This is a rare phenomenon in TV, where a scene is devoted to two actors in their 50’s wherein they get a screen presence of 20 minutes. This is the way we wanted this show to be, with a difference in the writing style.”

Ask him about the love story between Radhey and Krishna in the coming track and he is quick to say, “Every story’s natural progression will lead to a love story normally. But we will not follow a pre-set formula as I told you. We will give a love story as it is required, but it will be as per the natural and organic flow in the story telling. Let me tell you, Krishna Chali London is not a love story; we want to tell a story set up in a unique manner. I have done many such love stories earlier, and do not want to dwell into it again.”

On the track that can be looked forward to, Tewari quips, “The focus will now be on Krishna and Radhey and how Bade Shukla is playing an antagonist in their lives. There is lot in store and viewers will get a lot to watch.”