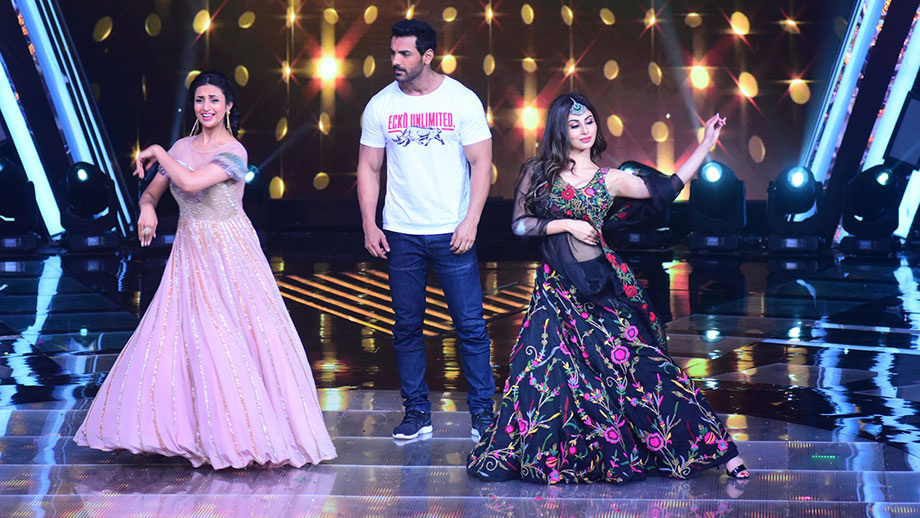 The talented and versatile contestants of StarPlus’ The Voice have been winning the hearts of the viewers. The biggest and most loved celebrities of the country have graced the show and indulged in unlimited dose of masti and entertainment. Taking the entertainments quotient a notch higher, the television’s biggest divas Divyanka Tripathi and Mouni Roy had a dance face-off with each other.

According to a source close to the show, “John Abraham and Mouni Roy graced the show for the promotion of their upcoming movie. John Abraham challenged the gorgeous actress Mouni Roy and the stunning host of the show Divyanka Tripathi for a dance face-off. The divas showed off their scintillating and amazing moves on the chartbuster song Deewani – Mastani. Both the actresses impressed everyone alike with their moves and everyone in the crowd including the coaches cheered for more.”

Mouni Roy and Divyanka Tripathi set fire to the stage with their killer moves on StarPlus’ The Voice. The show has been enthralling the viewers with mesmerizing performances from the contestants and fun-filled moments.