Rupsa Batabyal from Kolkata is a 6 year old little girl who hardly speaks a word otherwise but has managed to steal each and everybody’s heart and how. She is a very shy girl and doesn’t utter a word but as soon as her feet touch the stage, her dance speaks volumes for her. She’s not only proved what a professional dancer she is at such a young age but has also managed to woo everyone by her phenomenal dance moves and expressions. This time around, the judges of Super Dancer Chapter 3 were so captivated by her performance that they couldn’t believe their eyes. The way she moves and the way she did thumkas made the queen of thumkas, Shilpa Shetty judge her own skills. She was so awestruck by her elegantly mature dancing that she actually felt that this little girl had truly put her to shame.  After which the special guest, Kriti Sanon instantly agreed and said that she indeed had struck the right chord and felt that she’s nothing in front of Rupsa.

Kriti Sanon added, “I had only seen Madhuri Dixit Ma’am move her waist like this and now I am seeing Rupsa. It was so sharp, I am amazed.” To which Shilpa Shetty, replied, “Rupsa has put all of us to shame.”

Super Dancer contestant, Rupsa is definitely a Chotta packet, bada Dhamaka and has proved time and again that age is definitely just a number. The passion you have is what really makes all the noise. 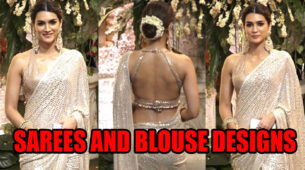