All you need to know about Taarak Mehta Ka Ooltah Chashmah fame Palak Sindhwani is here, read to know more, and comment! There are many bad phases in your life in which all you have to do is either believe what people say or just leave it and act normal. When it comes to actors, they get immense fan following and love from fans but when it gets from good to bad or better to worse, the things go out of hand. The beautiful and gorgeous actress Palak Sindhwani had a tough time dealing with her haters.

We have witnessed some of the most loving characters in Taarak Mehta Ka Ooltah Chashmah. Champaklal played by Amit Bhatt, Jethalal, played by Dilip Joshi, Babita played by Munmun Dutta, and many more who have made us stop and sit in front of the silver screen with their acting skills. Let’s not forget the Tapu Sena and their only female member Sonu Bhide played by Palak Sindhwani.

Palak Sindhwani had replaced Nidhi Bhanushali last year and since then she played the role of Sonu well and was appreciated by her fans. But also, some of her haters trolled her as they didn’t like the new Sonu. But Palak is a strong girl and warned the members to stop making memes on her. Check out below!

As per the internet sites, Palak Sindhwani was linked up with her on-screen actor Kush aka Goli from Taarak Mehta ka Ooltah Chashmah. But she cleared the air saying they are the BFF and nothing else. She lives in Mumbai with her family.

Henceforward, if you need any update of Palak Sindhwani or Taarak Mehta ka Ooltah Chashmah then all you have to do is binge-read IWMBuzz.com and you will not regret, we promise you. 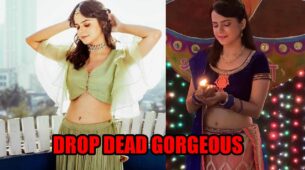