Over the years we have come across some of the best television series. One of them happens to be Friends and this show has also gifted us with our favourite character called Joey and we are here to tell you more about why we love him. Friends is by far one of the most watched American shows. The series started in mid 90s and ended in the mid 2000s. In fact, it is still watched by many of us. The show has also gifted us with our favourite character called Joey. The role was played by none other than Matt Le Blanc. The character was one of the sweetest things we have ever known and yet the dumbest. Here are some of his low points throughout the series.

1- When they were stranded on the way to a skii trip and he spelled the word HELP backwards assuming it would look backwards from above.
2- When he was looking for a stage name and went for something that already existed. What was funnier was that Chandler encouraged it despite knowing better.
3- When he failed at imitating French when Phoebe agreed to teaching him and he was stuck on in word that he could imitate syllables of one by one but not the word entirely.
4- When he tried to sell the entertainment unit by getting into it to prove the buyer that it could fit a whole person but instead got locked by the buyer who then stole his house.
5- Joey not dating girl because she has to share food with her and he isn’t okay with it because “Joey Doesn’t Share Food! “ 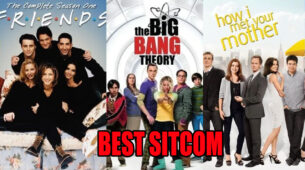