We earlier reported about Malhar (Sehban Azim) being trapped in Sayaji (Shahab Khan) death. However, Kalyani (Reem Shaikh) finds a letter and manages to bail out Malhar.

Now, in the coming episode, Anupriya (Poorva Gokhale) would want her daughter to be happy with her husband after dramatic turn of events. She would make them realise the love that they have for each other. Hence, Anupriya along with Sarthak will plan a romantic date for Malhar and Kalyani.

Are you excited to witness their date? 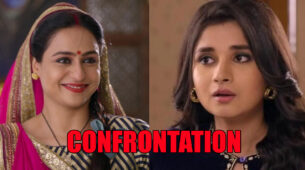