Colors’ popular show Udaan (Guroudev Bhalla and Dhaval Gada) has glued viewers to their TV screens with its intriguing twists and turns.

As per the plot, Chakor is admitted in hospital due to side effects of wrong medication. Anjie investigates to find out the culprit who is giving wrong medicine to Chakor.

In the coming drama, Anjie blames Poonam for all the wrongdoing. However, she later realizes her mistake, she apologizes to Poonam for blaming her. She tries to convince her by sending flowers and singing a song.

The lady Poonam forgives her and instead gives a small a surprise to Anjie as it’s her birthday by keeping a cake in her room. Udaan was a life-changing experience for me: Vijayendra Kumeria 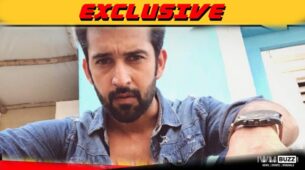