Divya Drishti 21 April 2019 Written Update of today’s episode we see how Divya gets a vision of someone who is trying to drag a dead body and Drishti, in the meantime, insists that she go with him to the office. 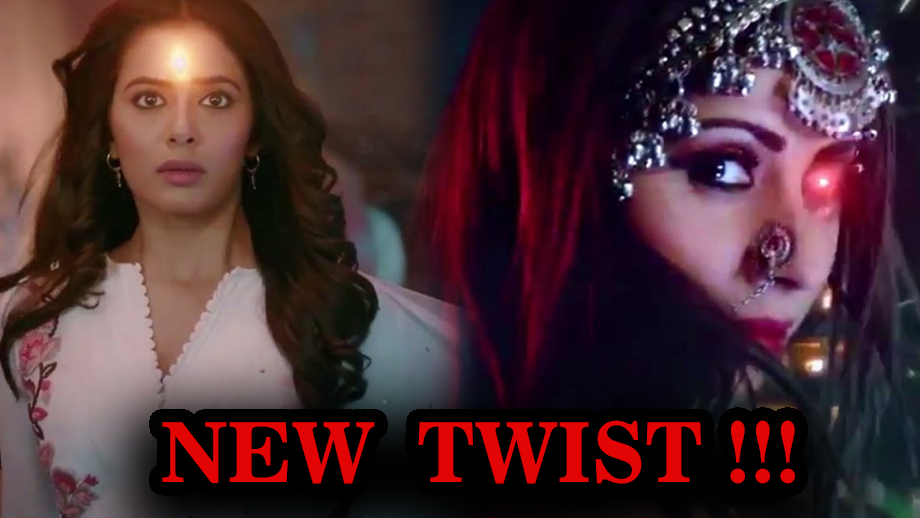 Today’s Divya Drishti 21 April episode begins with Drishti (Sana Sayyed) is looking into Rakshit’s (Adhvik Mahajan) eyes and then the two of them get involved in an adorable banter which ends in Drishti praising Rakshit for being so caring.

After hearing this Rakshit is quick to reply that her feelings for him have changed with time. Drishti avoids reverting to Rakshit’s comment. Pishachini (Sangita Ghosh) drags the dead body somewhere so she could dump it. Drishti gets the glimpse of a person who is dragging someone, through her third eye.

Pishachini strives to dump the dead body. She drags it through the corridor. Divya (Nyra Banerjee) overhears noises and steps out of her room.

Meanwhile, Drishti bumps into Mahima and then Mahima curses Drishti. Drishti and Divya scroll through the Jagrata videos to learn about the one-eyed woman. Divya doubts Rakshit and asks Drishti to keep a check on him. She adds that she feels that both Rakshit and Shikhar are hiding something.

Drishti tells Rakshit that she will accompany him to the office and despite her brother trying to stop that Drishti’s has set her mind. Then, Sunny is seen trying to misbehave with Divya, which is when Divya controls her anger and avoids trying to use her powers on him.

Next we see Drishti irritating Rakshit by telling him that he is unromantic, while they are headed to the office. The written update of 21 April 2019 Divya Drishti episode full story ends.

In the upcoming episode of Divya Drishti we see Drishti’s brother handing her a magical gem. Stay tuned!