Sanjivani 23 August 2019 Written Update of today’s episode we see how Juhi announces to media that they were operating on the terrorist’s daughter. Today’s Sanjivani 23 August episode begins with Sid being in state of shock seeing Dr. Rishabh in the operation theatre. Sid threatened to break his bones if he didn’t leave the Operation theatre. Rishabh took the photographs of him operating on Sanya and leaked the pictures to media. Vardhan fixed a meeting with Dr. Rahul.

He got angry with the operation of Sanya but Dr. Juhi (Gurdeep Singh) stopped him from entering the OT. They got in an argument over rules and regulations of Sanjivani. Dr. Juhi accepted the post of chief of surgery offered by Dr. Shashank. She came out to talk to media but got hit by a stone instead. She admitted in front of media that Sanya was in Sanjivani and they were trying to save her.

Dr. Ishani removed the rod from Sanya with blood splashing on her face. She remembered the memories from the past and felt empathetic towards the patients. Juhi effectively handled the media while Vardhan interrupted her and tried to take all the credit with his fake story. Sid came to comfort Dr. Ishaani and tried to cheer her.

Juhi met Dr. Shashank and said she would try her best to save Dr. Sid. Everybody started criticizing Ishani for complaining against Dr. Sid. Vardhan compared the situation of Dr. Sid with Ishani’s parents and tried change her mind. The written update of 23 August 2019 Sanjivani episode full story ends here.

In the upcoming episode of Sanjivani, watch Ishani is confused while Sanya demands to meet Sid. Stay tuned! 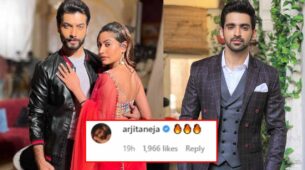