In Yeh Rishta Kya Kehlata Hai Written Update Season 66 Episode109, we see that Kartik tells Naira that kids are not home and Akshara is sleeping, so they can have some time for themselves. 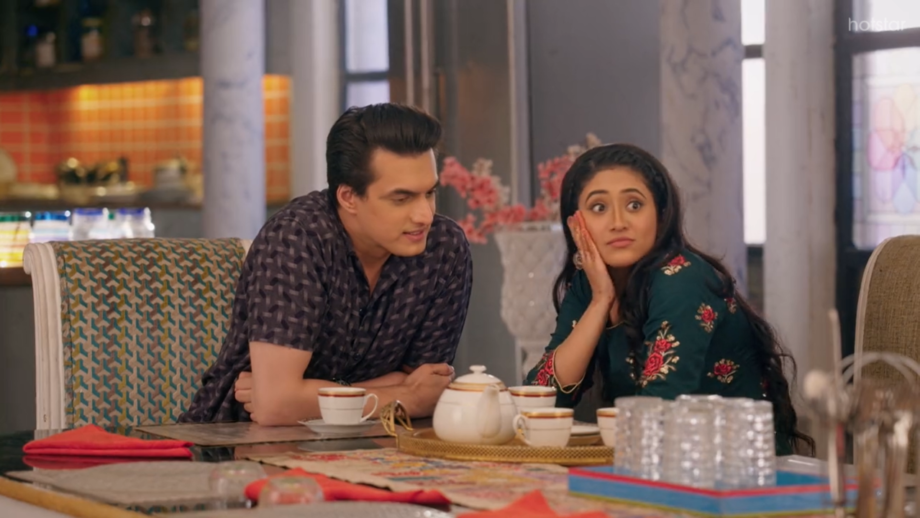 The episode of Yeh Rishta Kya Kehlata Hai Written Update starts with Kairav making a painting.
Kartik tells Naira that Akshara slept early and now he can come to leave the kids to school. Kairav cries and calls Naira. Naira gets worried and rushes to Kairav’s room.

Kartik and Naira drop the kids to school. Kartik tells Krishna that if someone misbehaves with her or she does not understand anything, then she can ask the teacher. Kids go inside the school. Naira realises that Kairav forgot his paintbox. Naira asks Kartik to hold Akshara while she gives the box to Kairav.

Naira goes to Kairav and gives him the paintbox. The boys plan to take revenge by targeting Kairav.
Zo comes to Kairav and asks if he wants to be a part of his group. Kairav says yes as Vansh and Krish insist him to say yes. Zo tells Kairav that he has to do a task.