I am thankful to Producer Tanveer for seeing Kesar in me: Gaurav Arora on Asur | IWMBuzz
Subscribe Now
Digital | Celebrities

Gaurav Arora who has given a remarkable performance in Voot Select and Ding Entertainment’s Asur gets into an exclusive conversation with IWMBuzz.com. 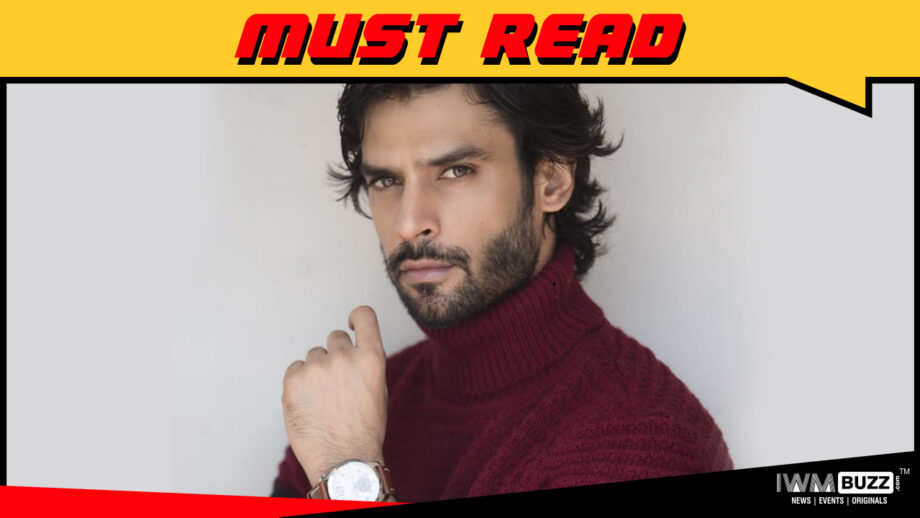 Gaurav Arora has had a wonderful outing in his last two web-series Broken But Beautiful – Season 2 and Asur.

While Gaurav played the extremely adorable lover boy in ALTBalaji’s Broken, he stunned one and all with his antagonist avatar in Voot Select’s recently trending series Asur.

Says Gaurav on his remarkable work, “Basically, I had finished shooting for Asur even before I signed up for Broken. Asur came to me only because of the Producer Tanveer Bookwala. It is only because of him that I got to be part of the show. When I met him and he narrated the story to me, in the first five minutes I agreed to be part of this one. For me, Asur was so novelish and I love to be part of that space.”

“And when Broken happened, I was doubly excited. It is a joy for any actor to play roles with such a vast difference. Ahaan in Broken was all heart, while Kesar is a serial killer in Asur,” he adds.

Gaurav has in fact played the character of Kesar Bharadwaj in Asur very intelligently, and he points out, “If you watch Asur for the second time, you will notice that I have given it away in bits and pieces. There is one scene wherein Arshad Warsi tells me that he needs my help. My look there is intriguing and conveys that all is planned between these negative guys. That was the most difficult part – to be mysterious, yet to come across as a nice and helpful guy and followed by the all-out negative avatar at the end. Thanks to my Director Onir Sen, we planned all this and got it executed.” Ask him on what his forte is as an actor, and Gaurav states, “I used to think like this earlier. But now, I think I have overcome all of that as an actor. You cannot be thinking that this is my strength and that is my weakness. Everything is within you, and you have to tap it when you are offered a particular role. But I really want to do an out and out intense character. It can be something like Rockstar or Vivek Oberoi’s Company or Hangover, the comedy. That to me is the best part of being an actor.”

Not many will know that a couple of people associated with Asur were apprehensive in casting Gaurav Arora, especially because of his charming good looks. And this actually was justified when we posed the same question to him, on playing such a negative role even when he was a charmer with his looks. “This was exactly what happened. Couple of people associated with Asur were apprehensive because of my looks, but Tanveer the Producer was hell-bent and he believed in me and saw Kesar in me. When you can have Heath Ledger playing Joker and Shah Rukh Khan in Baazigar and Darr, this is certainly possible. If you perform it well, looks can be there only for the first few moments. If you are able to captivate your audience with your energy and eyes, they forget about the looks after a point. I will love to work with Anurag Kashyap after a point.”

“I have been getting messages that they love me, but also hate me,” he adds on.

Going ahead, Gaurav states, “I will love to play anything and everything that comes my way that will mean good quality work and with good people associated with it. There is this series on Netflix called The Fall where again there is this serial killer. I will love to play such a role. I think the audience is now intelligent, and an actor is just playing a given character. You have the social media accounts where they can interact with the actor and they get to know the person more.”

Gaurav who started his career as a model from a small town has this distant dream of working with greats like Zoya Akhtar, Anurag Kashyap, Maniratnam etc. “I always wanted to be an actor but never thought it could come true. And when I saw people like John, Arjun, Priyanka get into acting after being models, I thought this was the way I could get in. When I came to Mumbai, I got into modelling to make a name for myself. Workshops and theatre helped me with my craft. Now it is all about acting. I am I love with my craft; it gives me joy and satisfaction.”

All the best for a great career ahead, Gaurav!!