Nidhi Singh, of Permanent Roommates fame, is one of the most coveted actors in the digital space, whose work in web series is captivating all. Web series are the latest trend for the youth of India and in fact, people of all age groups are slowly gripping their heads around this new content that is going viral for its thought and execution. Nidhi Singh has already become the sweetheart of the youth of India and if you are an ardent fan of digital space and web series then you know exactly what we are talking about.

Nidhi Singh has appeared on numerous online series and videos with various companies and absolutely won the hearts of young Indians with her stellar performance and emoting methods.

Nidhi from Allahabad did not always know that she wanted to act but she surely figured it out in Class 9. From working in the far-reaching advertising industry to being an assistant director and breaking the internet with her portrayal of Every Delhi Girl in the World, to now, where she is the darling of web space and doing films. Nidhi has become a dream actor for most directors to work with and after looking at her journey, we are certain that talent runs in this young lady’s blood.

Her most famous works include

1. Her portrayal of Tanya in the widely-loved web series Permanent Roommates, which was created by TVF.

2. Her raw and real-world portrayal of “Every Delhi girl in the world”

3. A romantic comedy named “Makhna” where she dazzled with her acting chops

4. A rustic dark comedy called “Brij Mohan Amar Rahein”, where she shone with her performance and won followers in no time.

Nidhi Singh is creating waves with her performance in the digital space and we are certain that Bollywood files are not too far for this super-talented and powerhouse of a performer. 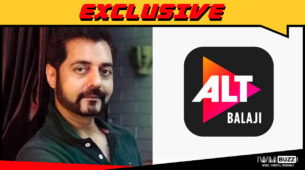