Read to know how Siddharth Nigam began his Television journey Siddharth Nigam is one of the most adored entertainers on Indian TV. He has shown up in quite a number of serials, these past years. He initially began his career as a child actor is currently taking off to incredible statures. He was cherished since the time he originally showed up on the screen and now has a fan base of millions the nation over. This is fundamental because of his stunning acting aptitudes and great execution.

The entertainer initially got his enormous break when he was a kid and played the part of Ashoka on the show “Chakravartin Ashoka Samrat”. He excelled on the show that it picked up himself quite a huge fan base which was colossal even at that young age! He likewise made his Bollywood film debut with Dhoom 3 a couple of years back where he played the role of Young Aamir Khan. Today he is found in the famous TV sequential Aladdin and fans can’t quit fainting over him. Aside from his work, His fans love him for his grand physique and look. He is not just a great actor, but his fashion sense is something we can’t really help but talk about all the time.

We definitely want Siddharth Nigam to be a part of more projects in near future. And we know how amazing he would slay in all of them! Till then stay tuned to IWMBuzz to know more about him! 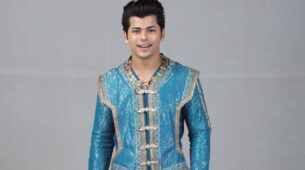