Lopamudra Raut who is presently shooting for the musical web-series The Socho Projects gets into a conversation with IWMBuzz.com. 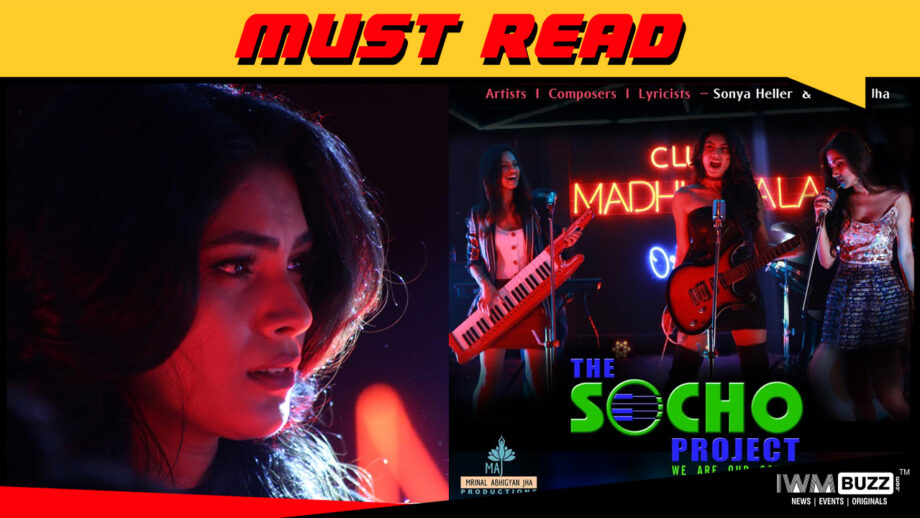 Lopamudra Raut the model and actress is presently busy shooting for The Socho Project, the first-ever musical web-series made by Abhigyan Jha and Mrinal Jha.

On her journey from being a model to an actress, Lopa states, “Modeling was not my set agenda. It happened along the way through beauty pageants, however with hard work and the support of my well-wishers I am glad to have achieved the success from the modeling fraternity. Acting has been an area of interest for me and sooner or later I knew I would be making my debut. I have worked with a couple of TVCs and music videos earlier but now I am thrilled to mark my debut as an actress with the role of MJ- the lyricist in The Socho Project.”

“I feel empowered and overwhelmed to commence my journey in the film industry and would like to express my gratitude towards the team of The Socho Project especially director Abhigyan Jha for this opportunity and curating training sessions for us from the best – French acting mentor Thierry Blu,” she says.

On her experience shooting for the series, Lopa avers, “It has been a deep diving rollercoaster ride- full of energy, enthusiasm and learning. I have barely had to worry about ‘pack up’ which goes on to show the amount of fun we had during the shoot. I had so much to deliver and also to learn from while shooting for my character ‘MJ’- a lyricist, guitarist and also a singer who is extremely ambitious and strong-headed and has a clear vision of her goals. The Socho Project – first ever musical web series is definitely going to provide an immersive experience to the audience – from drama, to great music, to a gripping storyline, to some crazy talent – this one is sure to be the ultimate package of entertainment!”

“The amalgamation of all these things laced with the mastery of Abhigyan Jha and Mrinal Jha will surely bring about a revolution in favor of fresh talent in the industry. You can looks forward to a thrilling journey power- packed with original music tracks and an unforgettable storyline.”

On the recently launched song Shameless Warrior, she states, “Shameless Warrior is dedicated to all the strong women across the world and pays homage to the ones who choose to live life on their own terms. The track is written and sung by Sonya Heller and Vedica Jha and is backed by strong lyrics that is sure to make you feel like a superwoman. I love the song and resonate very strongly with it. The track empowers women and celebrates her attitude to break the mould/norms and encourages her to chart her own path and question opinions/views and judgments she is subjected to in the society. It enables her to be her ‘shameless’ self and dissuades her from changing herself for the sake of others. With the launch of this music track I would like to give a shout out to all the independent women rising above the skies and shattering the glass ceiling like it’s no one’s business!. Being a music lover myself I am very selective and focused towards what I hear and not every song gives me goose bumps but tuning to Shameless Warrior just does that. The song features Donal Bisht, Gurpreet Bedi and me and shooting for it has fulfilled my inner desire as I always wanted to have a girl’s band.”

“The Socho Project has taught me a lot about acting and also given me a sense about the life of a musician. It has been like an educational tour for me and I am having great expectations from it. Also, the core idea of this project is to “THINK!” and the real journey of the project will commence after a viewer has seen it and starts contemplating about the various nuances projected in the show. The thought is to enable the viewer to be the change and lead the change – it all begins with a seed of thought!”

Also read, The Socho Project will be hailed by viewers for its true projection of the music industry: Donal Bisht