Talented actress Anjali Barot has made her presence felt across digital, print, television and OTT. She rose to prominence with her quirky and relatable roles as part of digital sketches across leading entertainment platforms like ScoopWhoop, FilterCopy, BuzzFeed among others.

How was your experience working for Scam?

Surreal is the word. This is the longest I have been associated with a single project. From auditioning for my part in 2018 to getting the confirmation a year later in 2019 and then shooting for seven months in a row to finally its much-awaited release in October 2020 – it has been quite a journey. I remember being extremely nervous on the first day of shoot. I was the youngest one on the set. And there were so many senior actors around. I have literally grown up watching them on-screen. But Hansal Sir (Mehta) was so warm and comforting, that not once did I feel like I’m in an alien environment. Everyone on set treated me with so much love and affection that from the very next day itself I was giving them some millennial slang lessons – LIT and FOMO being the buzzwords on set. So, the experience has been nothing lesser than a dream. Huge sets, huge crew, a period drama and exceptional actors. I was so used to being called “Jyoti” on the set that I would turn around whenever I heard Jyoti even on the streets.

What kind of challenges did you face during the making process?

When you are shooting a period drama, there’s already added pressure and a set of challenges that come with it. Every little detail has to be taken care of. Moreover, when you’re portraying a fictional character, you have the liberty to be fluid and imaginative. However, essaying the role of Jyoti Harshad Mehta came with a lot of responsibility. The most challenging part was my character arc and how you see Jyoti growing from a young newlywed to a strong woman in her late 30s who held the family and Harshad together even during the toughest times. For Jyoti’s character, I had to make certain changes in my diction as the way I talk in Gujarati is way different from how Jyoti would. Also, since there’s not a lot of information available on Jyoti Mehta on the internet, I completely fed off my writer’s and director’s vision in trying to bring the character to life. One of the most challenging scenes was Jyoti’s reaction to Harshad’s demise. My sole intention was for the emotion to be as real and relatable for the viewers. I remember mentally switching off for two days prior to the shoot and trying to internalize the trauma through Jyoti’s perspective. It was an extremely challenging shot and I am overwhelmed with the response and reaction it has received from viewers.

Another scene I can distinctly recall is the Garba sequence. I remember we had crashed an actual Navratri function in Mumbai to shoot that scene. We must have danced for about three to four hours and most of the times, we couldn’t get the shot as someone’s smartphone would invariably end up in the frame and there were no smartphones in those times. So, for the next three hours, we just had to continue dancing until we got the perfect shots. 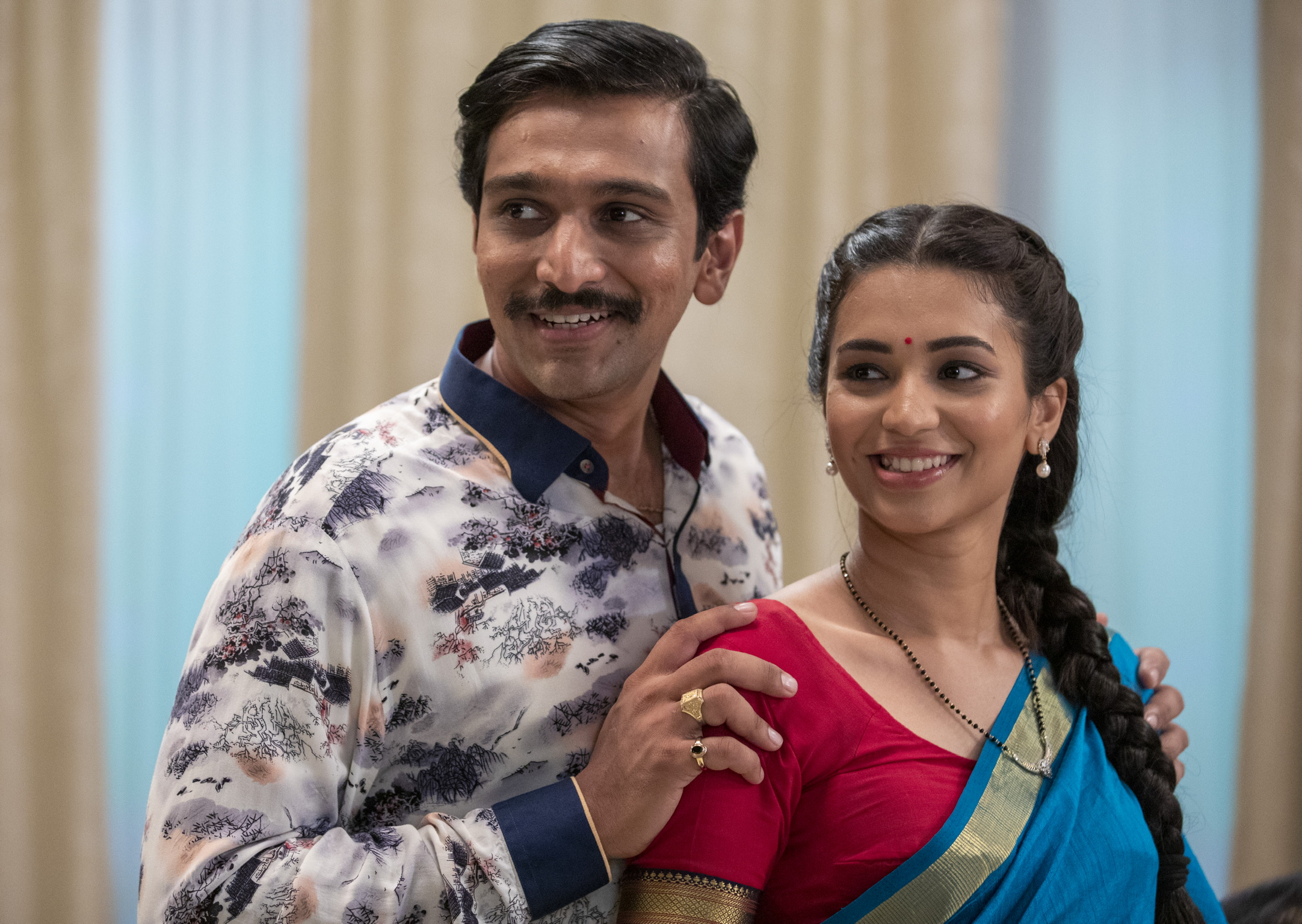 How was your experience working with co-stars?

Majority of my scenes were with Pratik Gandhi. Working with Pratik has been a delightful experience. I’ve been following his work in Gujarati films way before Scam 1992. I’ve always admired his craft and the moment I knew I was cast next to him; I was elated. He doesn’t make anything look like an effort. He does everything with such ease and spontaneity that it’s always a thorough joy. He would seamlessly improvise in the take which adds an extra flavour to the scene. For instance, the scene where we’re old and sharing a calm moment together, he ends it on a light-hearted note with a witty remark that was completely impromptu.

There are so many. Hansal Mehta for sure, it’s not easy to shoot a 500-page script and to have such a clear vision in your head about the smallest details. The writers have done a fabulous job by breaking down one of the most intricate and complex scams in such a simple yet an interesting manner. Music, Achint Thakkar has literally taken the show to another level with his magical background score and social media is all praises for the man for his hit title track. The breath-taking performances, All the actors have done such a spectacular job that you feel that they almost lived their parts. There are very few web shows that you can sit and watch with your family. Scam1992 is one of those. Do you need more or are you convinced to watch the show already?

There is no doubt that OTT platforms have been a blessing on so many levels. Every other day we hear of newer OTT platforms coming up and that just means more opportunities for not just actors but the larger community of writers, filmmakers, technicians and so on. Someone who would reach out to producers with a script is now approaching them with a web show in hand.  The OTT wave has spearheaded a new era of consumption and it’s only onwards and upwards from hereon. It’s a big, big, big blessing today.

Hard work and perseverance. I think if you marry these two, you are bound to reach somewhere. It’s never easy in this field. If someone tells you that they’ve got it easy, they are either lying or are truly blessed. Especially when you don’t have any godfather in this field, it is a gigantic effort to even make a beginning. You fundamentally have nothing to bet on but there’s only one thing that works – perseverance. If you have faith in your craft and if you keep striving and working on yourself, one day it just happens. Now that one day can be in two years or twenty. That’s your journey. But that’s what makes success taste sweeter, doesn’t it?

Any final message for your fans…

Don’t let anyone discourage you from pursuing your dreams. If you have that fire and passion within you and you feel like giving it a shot, please do! Worst case you will fail. But it’s better to live your life knowing you tried and failed at something than living with a ‘what if.’

Also Read: Scam 1992 The Harshad Mehta Story has given me the biggest role of my life: Pratik Gandhi