Harshita Gaur of Sadda Haq is quite excited about her new web-series Black Coffee (Beyond Dreams Productions).  The show traces the relationship between a successful novel writer (Sadda Haq co star  Param Singh), who is going through a writer’s block and what happens when he comes across financial manager (Harshita) who is not at all romantic.

“My character is quite mundane,  her life revolves around number crunching. How her life changes when Param enters the scene makes for an interesting watch,” says Harshita to IndianWikiMedia.

She is really enjoying the Gujarati touch to her character. “It is always good to play someone, who you are not.  I love the effort what goes in to prepare for the journey.” On the difference of  shooting  between web and TV she says, “The shooting hours and effort is the same but yes the duration in the web format is limited.  TV shows run for months at the end, sometimes the output is good and other times it is not. And yes the latter get more hectic, as you don’t get breaks.”

Is TV more content more regressive? “I really can’t comment on it for my only small screen stint so far has been Sadda Haq which was a beautiful, kick ass concept, no wonder it ran for two and a half years. ”

So would she be game for dukhyari bahu shows on the tube? “I don’t think such shows are made.  TV  is also changing,  newer concepts are being tried.”

She refuses to deny or accept if  her web show will have bold stuff saying, “Whatever will be needed for the story will be there and I have no qualms about the same.”

She attributes the rising  popularity of the digital medium to changing habits, “Today folks don’t have the time for appointment view.  This  format will really pick up in the coming time.” She is doing one more web series.

How is it shooting with Param once again?  “I don’t need to think too much working with him as with him things flow naturally.”

So can this comfort level be stemming from the fact that they are reportedly in a relationship? “No, we are not dating.” Interestingly,   other reports suggest that they have broken off as well.

We wish her success with her new venture. 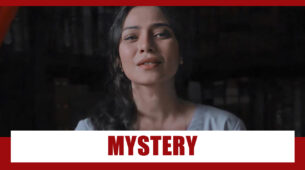