The Indian web scene is growing by leaps and bounds. Pioneer ALTBalaji has just completed one year in business. After impressing us with longer format drama shows such as Bose:Dead / Alive, Kehne Ko Humsafar Hai and Haq Se, Ekta Kapoor now wants to make us laugh. Hence, she has come up with a series featuring short 5-minute episodes, titled Galti Se Mis-Tech. Four episodes have been uploaded so far, on the ALTBalaji app and website.

It stars Balaji favourites Rithvik Dhanjani (Shivam) and Anita Hassanandani (Dhara). There is no one else in the cast.

To be honest, here Balaji has taken the basic format made popular by SIT (Men: The Real Victim and Boys will be Boys), of a man troubled by his wife. But yes, here, Shivam does cross the line when he describes Dhara as fat, to his sister. Both partners in the couple are tech savvy, and how that creates fun problems for him is what the story is all about.

We have full sympathy for Shivam, who can’t make his woman happy. Things keep going sour¬– either she reads his old message for his ex, or finds out that he has ordered outside food as he can’t eat her cooked food (again courtesy an app).

Dhara also drives him crazy by constantly taking selfies. She keeps checking his social media updates, which lands him in trouble– i.e. she finds out that he had masturbated, through his heart beat update. She quips if she was thinking about his ex while doing so.

The plot lines are simple– no heavy duty stuff; just watch for 5 minutes to get a good laugh.

Also, given the bigger names involved, there is no sex or sleaze, which is otherwise rampant, all over desi web content.

Rithvik, who is staying away from tube fiction, has certainly found his comic timing with Galti Se Mis-Tech. His expressions, when his bloomers get caught, are spot on. He brings out the abla mard quite well. Hope we can see him in more fiction outings, be it on the web or on TV. He has definitely proved himself to be a versatile actor.

Anita is very good as the nagging but loving wife/girl. To be fair, Dhara has the right to get upset when she reads his old messages to his ex. This is also Anita’s first tryst with the comic genre, and she is doing a swell job so far.

We sure hope that the coming episodes are equally funny. But having just two characters is a bit less; hope future plots have more characters. They can take a cue from SIT and have other popular actors making entries too.

The best part about the comic series is that, being episodic in nature, ALTBalaji can have a long-running show, without bothering too much about stretching plot lines.

Run length is one question that has always plagued creative makers; how much is enough? Here, to be fair, given the limited matter on hand, anything more than five minutes would have been a drag. And web audiences, unlike TV viewers, are very brutal; if unengaged, they will simply move on to something else.

ALTBalaji is working hard to add a huge variety of genres to its repertoire. Comedy was one space which was lacking. So Galti is a step in the right direction.

Also, given the huge popularity of both actors, their fans might come to the app in droves, to sample Galti Se; and since it is short, will also have ample time to check out other shows on offer as well. Thus, very smartly, Ekta has kept the initial 4 episodes free.

We just feel that couldn’t they have thought of other comic formats (black comedy), for the skill sets of the above actors could have been better utilized, to tackle more mature themes.

IWMBuzz would rate it 3 out of 5 stars. Watch it for the performances, if not for the laughs. 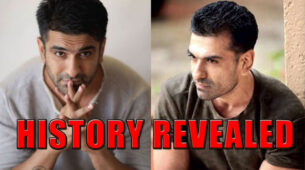