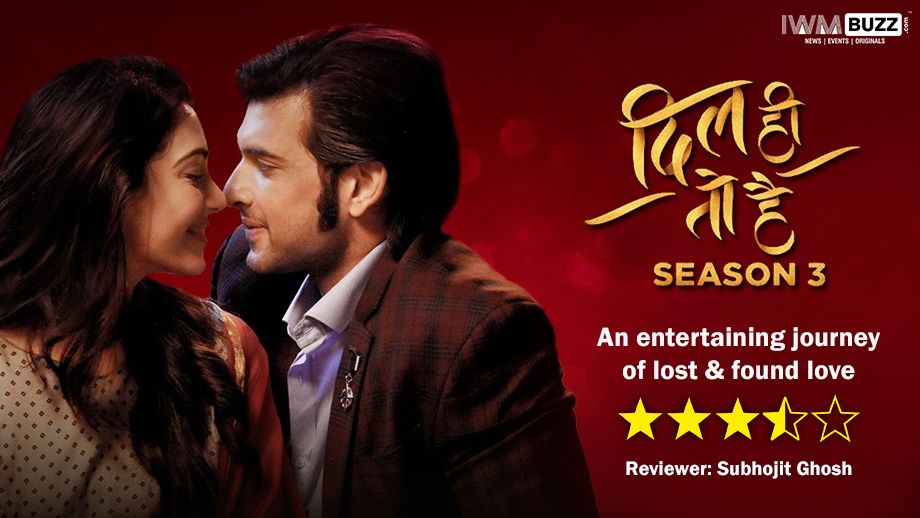 The Season 2 of Ekta Kapoor’s much talked about franchise Dil Hi Toh Hai (ALTBalaji and Zee 5), as we all recollect, ended on a tragic note with a major accident happening in Ritwik and Palak’s life. Not only did it break the heart of several fans but it also made them contemplate as to whether Ritwik and Palak will be again able to unite or not?

Season 3 of this much-anticipated show starts after a time frame of 2 years, post-Ritwik and Palak’s accident. If you are getting familiar with the Dil Hi Toh Hai franchise, relax, as the makers have ensured that there’s a verbal narrative of the entire happening from Season 1 till the end of Season 2 to make you relate to the continuity. In case you haven’t watched the previous two seasons of Ritwik and Palak’s love-hate relationship, the editing with the perfect blend of montages from the first two seasons will keep you connected to the tale.

To begin with, the story flow, post the horrific accident, Ritwik slips into coma and Palak is left heartbroken. The emotions involved in those scenes will certainly make your heart melt. It will make you empathize with Ritwik and Palak and given the performances from their end, it will make you introspect into your own love lives thereby realizing the time and value of being around with your loved ones when you need each other the most.

The character of Palak, on the other hand, has been shown in a much broader and sensitive perspective, as she very well realizes the fact that she has certain responsibilities towards the Noon family and her daughters, especially given Ritwik’s condition. The treatment of Palak’s character is similar to what we are used to seeing in Indian entertainment.

The life of the Noons has seen a major change with their business suffering a setback. Reeva, the dynamic lady that she is, puts in laudable effort to push ahead. She is being assisted by Vikrant, the Vijaypath’s stepson.

Vikrant’s role played by Paras Arora flourishes in this season. His entry in the life of the Noon family is nothing short of a blessing in disguise and his marriage with Palak helps the family and Palak. Palak’s daughters too now have a father to rely on whom they can go up to when they need a shoulder to rely on. It magically establishes a beautiful father-daughter bond potential. For further information, watch the show.

Overall, the series is entertaining. That’s for all to see and realize. However, it does get a tad draggy in patches. The overall Bollywood overdose of background score doesn’t add up to the mushy flavor. At least, not in today’s time and era, it looks shoddy.

Though clichéd in idea, Dil Hi Toh Hai pulls through, thanks to some sticking emotional scenes and impeccable performances by Karan Kundraa and Yogita Bihani. A hurried narrative could have been avoided.

For all new-age lovers who have found Cupid, a treat during Valentine’s month, given the right romantic flavor and essence.