Let's check out if Operation Parindey: is a good watch or not... 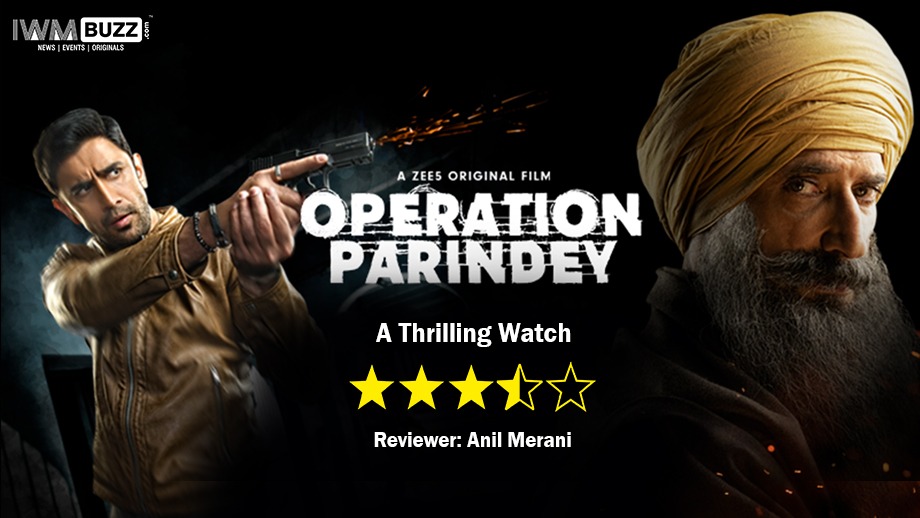 Jailbreaks are edgy concepts making for a thrilling watch. We have one more of the same courtesy, ZEE5 web movie, Operation Parindey starring Amit Sadh and Rahul Dev.

The setting is a Punjab jail where you have a terrorist preacher Monty Singh (Babaji), who brainwashes convicts and police officials, alike.

On one Sunday morning, when langar is on, some terrorists dressed in police uniform enter the jail, (lax perimeter defense) and start firing. They then free three prisoners, and the preacher also joins them in the two get-away cars.

Within hours special officer, Abhinav Mathur (Amit Sadh) arrives on the scene with explicit orders to get Babaji at any cost. There were fears that he might set off a series of blasts like before.

He and his team (Kunal Kumar) then start interrogating the jail staff to find a considerable degree of connivance (jailor was under Babaji influence), no wonder the CCTV camera directions were changed.

The fleeing terrorists, on the other hand, try to pull all stops to get away, changing cars, switching off phones, and going separate ways. Monty also uses a satellite phone to connect with his Islamabad handlers.

In a bid to add drama, the makers introduce the element of demonization, which scuppers the plan of the terrorists. One of the attackers in the jail is Parminder (Aakash Dahiya), himself an inmate who Baba helped escape. He somehow is brave enough to return to the jail area for reconnaissance.

But an overconfident Parminder uses his phone which leads to his capture, courtesy dabang SP Komal Bhardwaj (Rucha Inamdar).

The dhaba scene where the action takes place is fun. Her use of expletive while not appearing pleasant is just how cops behave.

Babaji then plans to get to Goa to fly to London to implement his dangerous plan. His team plants bombs in Delhi to send the cops on wild goose chase. He even chops his beard to look different (terrorists don’t follow their religious edicts).

Why don’t you watch as to what happened, in the end, whether Babaji got away or not?

Amit’s character is super smart, who always guesses what the bad guy will do next. He has grown well as an artist. The web is an excellent platform for artists like Amit, who don’t get their place under the cinema sun.

Here he is ably supported by a core team that includes a goofy Kunal and yes, Rucha.

We were impressed by Rahul’s portrayal of a very controlled Babaji. His final remark that he will be back is a warning about the dangers of religious indoctrination.

Jailbreak is few and far between in desi show, so was a refreshing change. Director Sanjay Gadhvi has kept the plot taunt. The story remained focused purely on the jailbreak and the subsequent chase. There was no heroism, just good old police work.

However, the lack of any back story of any of the principal characters was glaring as we really could not connect. But yes, that is how real-life officers investigate cases. A love angle between Abhinav and Komal could have added some romance angle.

Overall, is quite a thrilling watch. It deserves 3.5 stars.