Social media, its reach and impact can prove to be both a boon and bane.

And one of the most talked about and celebrated Twitter personality, Bollywood superstar Amitabh Bachchan, has been left troubled with his account allegedly getting hacked.

Ayyildiz Tim tweeted multiple messages from Big B’s twitter account. The first post read, “This is an important call to the whole world! We do condemn the irrespective behaviors of Iceland republic towards Turkish footballers. We speak softly but carry a big stick and inform you about the big Cyber attack here. As Ayyıldız Tim Turkish Cyber Armny +++”

We will keep updating the space with more information.

When last seen, Bachchan Twitter account was working, however, his DP was not there and the above tweets were removed from the timeline. 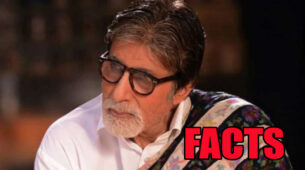