Veteran actor Lillette Dubey did an impromptu workshop session with Celina Jaitly, Azhar Khan and Shree Ghatak at Novotel in Kolkata. Apparently the film demanded a certain tone and texture in all the characters which is visible in the end result.

A source present at the workshop reveals, “The workshop was conducted under the supervision of director Ram Kamal Mukherjee. As the actors arrive two days in advance for costume trails and reading of the script in Kolkata. When Lillette ji suggested that we can do a workshop to break the ice. Celina immediately agreed to the idea, and she took it very sportingly. Azhar and Shree were making debut so they were slightly intimidated initially, but both Celina and Lillette ji made them feel comfortable.”

The workshop was conducted in Celina’s suite, and she played the role of a perfect host. From a dark chai to muffins, from fruits to chocolates, she made sure that the team was well fed! During the workshop, Lillette shared her experience working with theatre thespians and movie moguls. Since Celina and Azhar were playing the character of a couple who are in a live-in relationship, she gave a few suggestions to Azhar on how a boyfriend would react and walk out of bed after lovemaking.

“She asked Azhar to chat with Celina and open up. Then she gave physical exercise to behave like a couple in a relationship for years, not married, so they give space to each other,” says our source.

When asked director Ram Kamal Mukherjee, he said, “Lillette ji is a fine artiste. Celina is a lovely human being. Both being extremely successful celebrities in their own rights, came together to train Azhar and Shree Ghatak to uplift their own scenes. I have seen how Rituda would sit with Raima (Sen) and Tota (Roy Choudhury) to do their lines in Chokher Bali. I know for a fact that Sohag Sen conducts workshops for all Aparna Sen movies. In fact, I have no qualms in admitting that even I learnt a lot about body intimacy in that workshop. That eventually helped me in filming an aesthetic lovemaking scene in Seasons Greetings.” 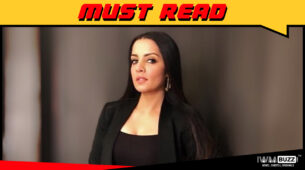 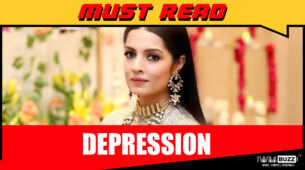 Mental health is hardly ever brought up: Celina Jaitley