Ashwin Suresh of Pocket Aces gets into a conversation with IWMBuzz.com on Dice Media’s next launch, Little Things 2. 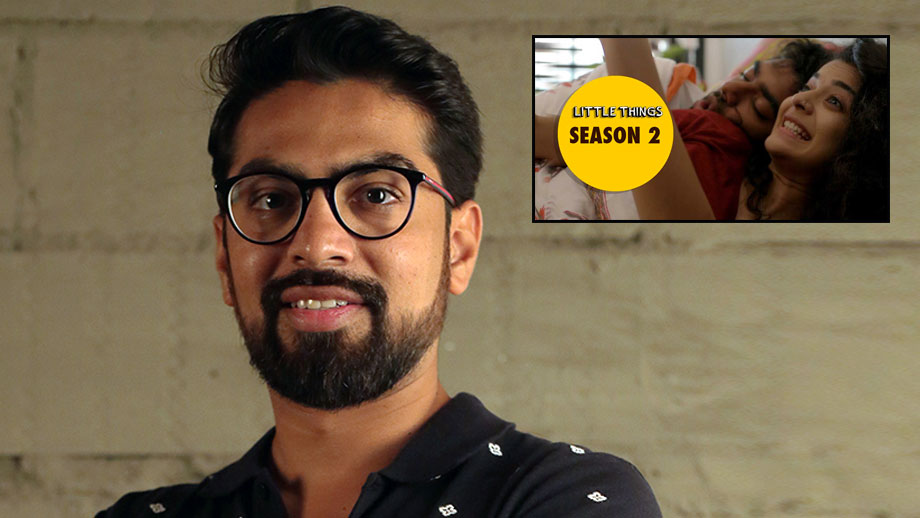 Season 2 of Little Things of Dice Media, the premium digital video division of Pocket Aces will have a worldwide launch on Netflix on 5 October!!

Little Things which starred Dhruv Sehgal and Mithila Palkar in lead roles was appreciated for its interesting content and relationship values.

Now, the Season 2 will show viewers the picture of Dhruv and Kavya’s life as they mingle and take care of their external relationships.

In a conversation with IWMBuzz.com, Ashwin Suresh, Co-Founder, Pocket Aces tells us, “Little Things Season 1 had 5 episodes. When we worked out the Season 2, we did not simply write a sixth episode here. We designed it in a manner that we are getting into a completely new show. It has been two years since Season 1 of Little Things got launched. Now the show has updated itself along with the characters. All characters have become more mature, and the problems they are dealing now are also different. Also, Dhruv and Kavya are much more comfortable with each other and in their relationship. So we have used the comfort of their relationship to examine their external relationships. We have gotten into the premise of them interacting with their friends, colleagues, parents etc and thus testing waters of their external relationships.”

Talking about the huge reach that the series is expected to have, Ashwin states, “With a platform like Netflix streaming it, the idea is to make the show very universal so that when it drops on 5 October, it will cater to people of many countries and to people speaking various languages etc. The series will be released in 190 countries, has been dubbed in 5 languages and subtitled in many languages. We expect the series to travel very well outside of the Indian audience too.”

Giving a brief on what the viewers can expect in this season, Ashwin quips, “Both Dhruv and Kavya have gotten old and wiser. Kavya was not happy with her job in Season 1. But now she is doing really well in her job. But it is Dhruv who is in a crisis, trying to figure out how he is going ahead with his career. We will be exploring their relationships with many characters who will come into their lives. Basically, the series will have a very real plot and premise, which will connect to many such moments from the lives of people watching it.”

Talking about Dice Media coming up with the idea of having crossovers from other shows, Ashwin states, “Little Things had Veer Rajwant Singh playing the role of Akash. Now Eisha Chopra will come in as his girl friend. It will be a nice crossover from the Dice universe. If you think of it, Adulting too had Veer and Eisha’s small appearance. We have always liked to play around such cross overs, as they give an added bonus for viewers connected to these characters. For the matter of fact, Dhruv was seen in a cameo in What the Folks!! too.”

“We have Season 2 of What The Folk up for launch next. We are also working on few others things which will be revealed at the right time,” ends Ashwin.

Here’s wishing Dice Media all the very best for its future endeavours!!