Why did you zero in on Isha? “When my creative producer narrated the story to me, the first person who I visualized as Lovely was her. I have worked with Isha before, when I would assist Subhash Ghai. We were supposed to work on some other project, which did not happen.”

“All said and done, I am happy that she agreed to do the project and liked the story and character graph.”

“My biggest challenge was to complete the entire shoot in Isha’s given 6-day Punjab schedule. I knew she would leave for Mumbai on the 7th day. Unlike films, we don’t have the liberty to make up during patchwork shoot, etc.”

Talking about the web format, Kenny, who has also directed the TV serial Sanyukt, says, “The WWW format is gaining currency big time, and very soon it will reach the position of cinema. Already today the amount of promotions for big digital content is no laughing matter.”

Unlike most OTT, Kenny’s series does not have any nudity or abuse. “We are not only targeting the youth, but also the entire family.”

“Agreed, it was a risk moving away from the tried and tested, but the channel wanted to tell the story of love and affection via a widowed lady. Lovely’s husband was a military man, and she is proud of his martyrdom,” added Kenny, who has also co-produced a Punjabi film.

“It was important for me to cut such a trailer that attracted wider audiences. Having said that, eventually it will depend on the platform, on how they reach the widest possible viewer arc. Today, there are already several well-entrenched players in the market, and we will need to stand out amongst them. But then I am not authorized to speak on the matter.”

“One other big plus point is that Lovely Da Dhaba is just 6 episodes long and the run length of each is not more than 15 minutes. This is very good for binge audiences, who can’t be held for long. This much time can easily be removed to watch while traveling.”

“And above all, the story is pacy and interesting to catch your eye.” Khushfehmiyaan is a blend of youth and father- daughter equation: Pratibha Tiwarrii There needs to be some kind of web censorship: Isha Koppikar 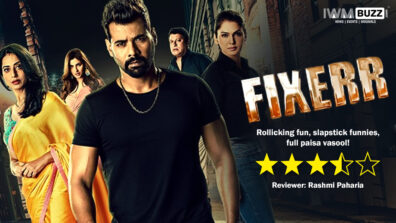 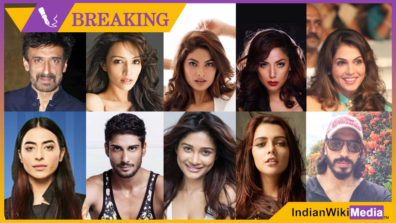