Let's find out who is the real fashion queen, Avneet or Ashnoor!! When it comes to fashion, some names always crop up on the digital platform, Avneet Kaur, Ashnoor Kaur and Jannat Zubair. Both stars love to deal with fashion on a regular basis. We love to scroll throughout their social media feed to have a glimpse of their new looks and styles.

Jannat Zubair has been attracting her fan base with her shining performance in TikTok videos. She has been winning the hearts of the crowd with her amazing acting flairs. Jannat took the hearts of fans with her enchanting and astounding looks. The young actor has a colossal fan following.

Avneet Kaur, the Tiktok star aptly knows how to steal our hearts with her heart-warming style and fashion. She has gained a massive fan following so far on her social media profiles. Whenever she appears on the TV screen, with her paradisal persona, young men go gaga over. Avneet began her career from being a contestant in DID and later worked with Rani Mukherjee in the film Mardaani. Her performance in the film was highly appreciated. Besides her acting flairs, she is a fashion blogger, who always dazzles us with pretty looks and outfits.

Ashnoor’s fashion is no secret now, her Instagram profile is proof that she is the fashion queen. She perfectly knows how to doll herself up in each of her attires. Her make up to hairdo all remain on point. She is so charismatic and energetic. Her performance in Patiala Babes is highly applauded. We love her every bit.

As of now, we have lined up some of the best fashion looks of Avneet and Ashnoor and Jannat All of them resemble of a queen though, but who do you think deserves the tag more? Let us know in the comments below. 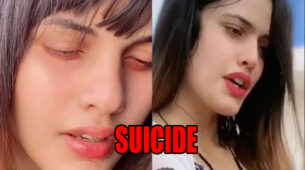 I still get goosebumps by seeing the love and warmth you had for me: Avneet Kaur aka Yasmine thanks her fans Avneet Kaur And Ashnoor Kaur's Are An Epitome of Winter Fashion!