We all know BB! The BB Ki Vines, whose struggle story has inspired millions of the country. So, today, we are up with some of his Award-winning

When it is BB, the award list is long anyway, as in real. He has made us proud by winning so many awards globally and in India too. We are proud to be his fan!

BB Ki Vines, who began his career as a restaurant singer but now has established himself as the no 1 Viner in India. BB is a wonderful singer besides his comedy genre, he is a composer and a lyricist, he has uploaded quite a number of music videos on YouTube. Bhuvan Bam is the first YouTuber to introduce the concept of vines to India. His YouTube channel has earned more than 18million subscribers and still counting.

Bhuvan Bam is a well-known lyricist and a singer, besides his vines. He has gotten a mellifluous voice, his music videos have reached a million views, the best part about his music videos are that they are realistic and high on EQ, very engaging and soothing to listen.

Here are some instances of BB winning Awards! 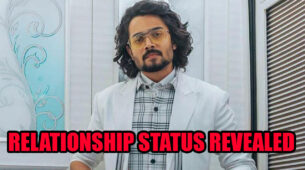