Do Not Disturb by MX Original is a Gujrati series and here’s why it should be on your to-watch list. 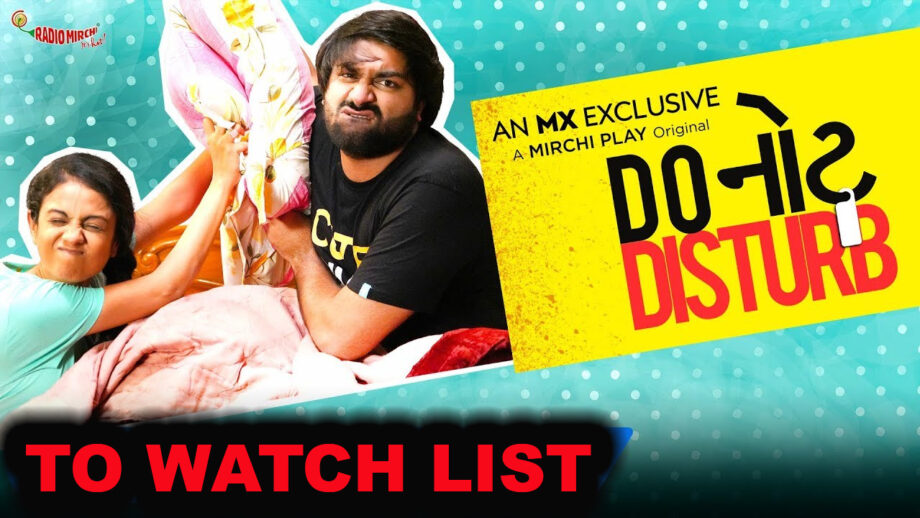 Do Not Disturb is a Gujrati series directed by Sandeep Patel who has superhits like ‘Love Ni Bhavai’, ‘Life Goes On’ under his directorial belt. The producers of this show are Manasi Parekh and Malhar Thakkar who also are the lead characters of the this series.

Do Not Disturb goes around the modern Gujrati couple Maulik(Malhar) and Meera(Manasi) and different conversations they have in the bedroom. The argument and emotional conversations are great to watch. Meera basically a Gujrati girl but a Mumbai-girl by heart is progressive, modern and a wife who adores and loves her husband on the other hand Maulik is a traditional guy who loves to eat, respescts his parents above all, respects religion.

The exciting thing to watch out for is differences in the thinking process, different opinions they have and the compromises that happen during all their bedroom conversations. This series is surely with the motive to set a example of a couple with different opinions and the whey they deal it out to all the couples watching the series.

The series streamed on 26 july 2019 and it consists of 6 episodes. We suggest you to keep this series in your to-watch list as you will surely relate the scenarios to your real life.