Actor Anil Kapoor, at the age of 62, manages to stay fit.

‘Age is just a number’. This line suits the personality of the Bollywood actor ‘Anil Kapoor’. He is a Bollywood actor who apart from his acting skills is known for his reverse aging formula in terms of his looks. Everyone wants to know the reason behind his youthful look even at the age of 62.

Anil Kapoor once stated, “It probably has to do with my love for South Indian food and the amount of such food that I have consumed over the decades.”
While talking about his favorite cuisine, he said, “Idli, Sambhar, Chutney, Dosa and all the pickles that I have had with the Rice, Rasam and Curd must be the reason. South Indian Cuisine like Idli and Dosa are healthy food options. When a person is unwell, their diet usually includes Idlis – as it is the safest food option”.

Anil Kapoor looks just as he did when he was a debutant in the Bollywood film industry. His acting career has influenced his looks.

The secret to Anil Kapoor’s fit lifestyle is optimum sleep.”I am usually tired after a hard day’s work and I go to bed peacefully. People who are stressed, suffer from lack of sleep. The best way to get sleep is to tire yourself out at work or else feel grateful to God and be positive like I said, Think Positive.” 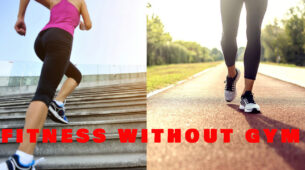