Nia Sharma and her secret love life with the mystery boy in her life get discussed here. Nia Sharma the gorgeous looking actress is always known to be the daring and bold girl who would love to explore anything and everything that is unique with respect to styling and fashion.

Nia who was the lead in Naagin 4 has always tried out roles that are totally out of the usual run. Her roles in Twisted the Vikram Bhatt web-series, the one in Jamai Raja and Naagin 4 are examples of that!!

Nia has been rumoured to be in a relationship with few of her leading boys, especially Kushal Tandon. However, the fact was that she was known to be single in public.

However, recently Nia broke the ice when she declared in a Live session with a publication that she is no longer single.

Though she did not reveal the name of the person, she went on to say that she has a lucky guy in her life.

She also said, that she gets treated by her boyfriend ‘Like a woman, like a lady, and its beautiful’

Yes, it remains a mystery as to who the lucky boy in Nia’s life is, but we now know that Nia is blissfully happy being in a relationship with a secret someone!! 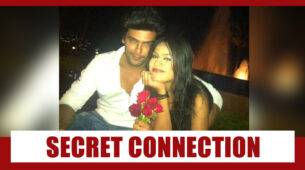