The handsome actor got into the warrior mode for his 2004 film ‘Troy’... 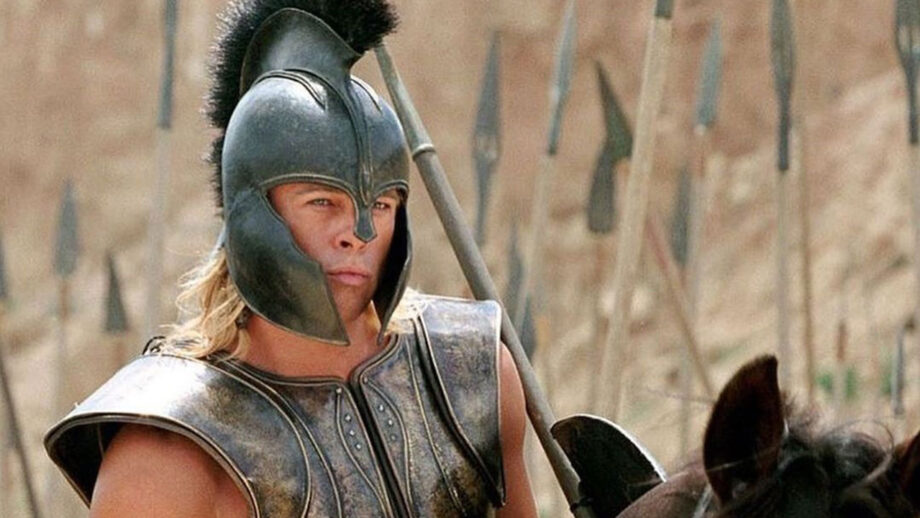 Brad Pitt is a man of extremes and the Hollywood hunk was in extreme action mode in the epic film adventure “Troy” which released in 2004. Pitt returned to the screen nearly after two-years by playing legendary warrior Achilles in the adaptation of Homer’s 3,000-year-old classic, the Iliad. Directed by German Wolfgang Petersen, the film had a cast of thousands in the tradition of period blockbusters like “Ben-Hur” and “Spartacus.”

For “Troy” he plunged into physical training for eight months, adding 10 pounds of muscle and buffing his fitness. Brad Pitt had injured his tendon during the shoot but he was still in his warrior mode. He looked extremely perfect in the avatar he was needed to be in and made total justice to his character. Director Petersen said he was impressed by Pitt’s dedication to the physical aesthetic of Achilles, and surprised by his intellectual approach. Brad Pitt was probably the most handsome warrior we have seen and we are still drooling over his hardcore and well-built physique from the film.

Here are some pictures of Brad Pitt as Achilles from the film Troy. Take a look. Godzilla VS Jurassic Park: Which Hollywood Film Had The Best Realistic Feel?