Here are some hot beach looks of Kiara Advani

Kiara Advani is a stunning actress who appears in Hindi films. She made her debut with Fugly in 2014. She is known for her amazing roles and has become the topmost leading actress in the industry. She got fame for her role in her film M.S.Dhoni: The Untold Story in 2016 and since then she is ruling the industry with her astonishing acting skills. The actress has performed in numerous films and has given several hit films. She has also won awards for her work in the industry. She has impressed her fans with her amazing acting skills and hot looks. The actress looks amazing and gives us major hottest looks.

Kiara Advani was seen wearing a black stunning outfit and nailed the outfit perfectly. She was also spotted wearing a red printed bikini and sarong and was looking dazzling. Her yellow bikini just grabbed our attention and she was looking gorgeous. The actress has done several photoshoots on the beach and is seen wearing different outfits. One must take some tips from the actress on how to give hot poses and make our picture perfect. She looks mindblowing in her beach looks and stuns us with her hottest looks.

Check out some beach looks of Kiara Advani and stay in space with IWMBuzz.com. 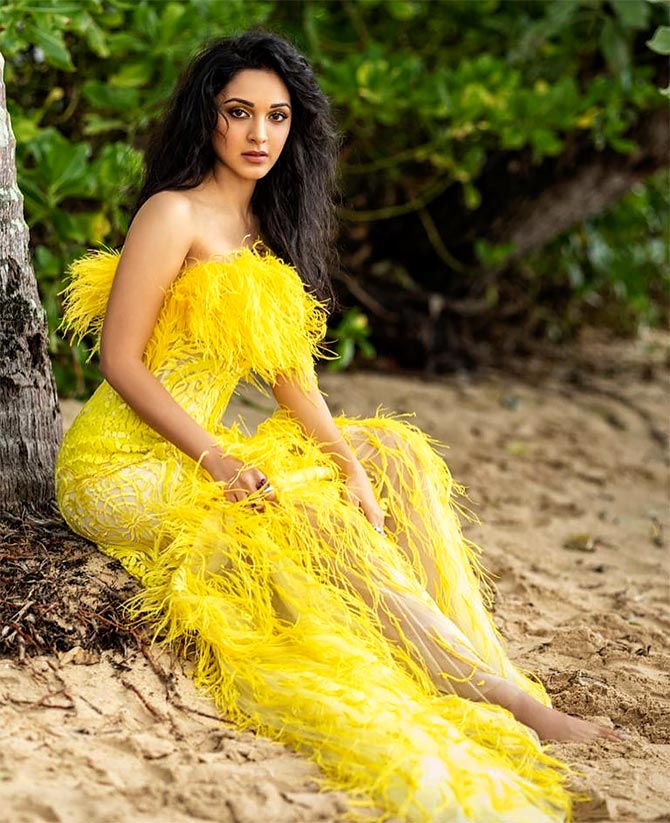 Bookmark These 5 Looks Of Kiara Advani For A Dinner Date