The original chocolate boy of Bollywood, Shahid Kapoor has won millions of fans with his charms, acting skills and personality and now with his wholesome picture perfect family. 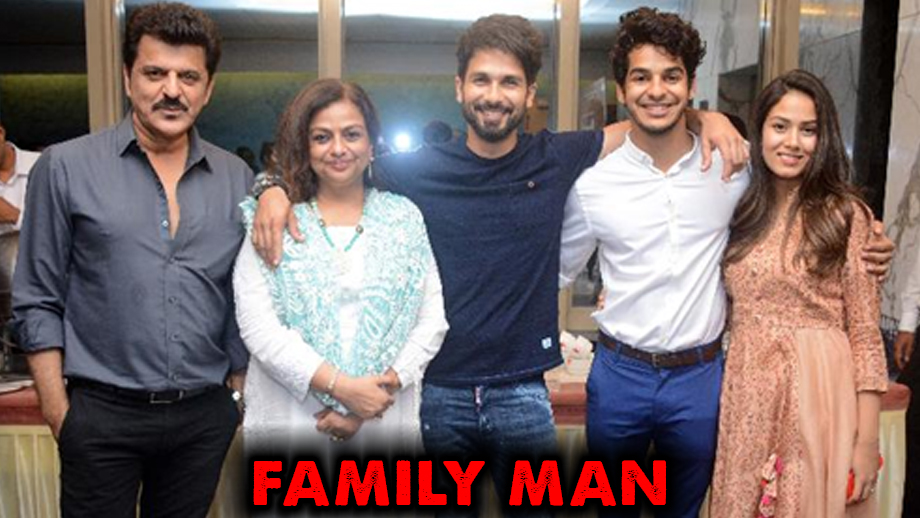 Shahid Kapoor has been in the news and for all the right reasons. He already made headlines with his wedding love story and then with Mira giving birth to their beautiful baby girl, and with their second kid already here, the picture looks complete.

The charm caster of Bollywood, Shahid Kapoor is an exceptional actor. With films like Haider (2014) on the take, it is no doubt that Kapoor has a lot of potential as an actor. Recent photos show that Shahid is not just an on-screen man but an off-screen family man too. We have never seen this actor happier than he is now, now that he is a complete family man and we couldn’t have been happier for this adorable couple and their super cute munchkins. Shahid married Mira Rajput in 2015. They both met in a spiritual development class. The couple gave birth to their daughter Misha in August of the following year. Kapoor has been a family man ever since. But this anyhow did not affect his on-screen persona. With his critically acclaimed film Padmaavat (2018), Kapoor remain to be a critic favourite figure and much loved by the populous. With the recent addition of son, Zain, to the family, social media photos show that Kapoor is now a complete family man. He’s a man who is a perfect father, loving husband and concerned son, which he always was since day one. His every act has paved the way for a wonderful person that he is now. His pictures with his daughter and now with his newly-born son are blowing up the social media platforms and we couldn’t stop ourselves from simply adoring it. He indeed is a family man now and a complete one at that, we feel it too!