Check out your favorite fashion influencer between Scarlett Johansson and Dua Lipa! There are so many fashion influencers all over the world. In fact, the Hollywood industry has got some too. From actors and actresses to singers, everyone has got down into the fashion game. Everyone has given each other a tough competition. Scarlett Johansson and Dua Lipa have emerged to be the two major fashion sensations of the industry. They have inspired many with their fashion and style. One can surely and easily take inspiration from both Scarlett Johansson and Dua Lipa. But who is your favorite one between the two?

Scarlett Johansson, who is well-known for her role as Black Widow in Marvel’s movie series is a brilliant actress. She has always kept herself fit and influenced her fans with her style. She has been seen giving some major fashion statements on various occasions. Scarlett has made every jaw drop with her fabulous style.

On the other hand, Dua Lipa, the emerging English pop singer has evolved rapidly, since her debut. She is considered to be one of the best pop singers in the Hollywood music industry. But, other than her music career, she has also been a fashion inspiration for many. She has got a great style. Dua Lipa has always nailed it with her fashion. She has excited many of her fans with her fashion.

i know the guac is extra

Who between Scarlett Johansson and Dua Lipa is your favorite fashion inspiration? Comment down below!

Also read: Dua Lipa Vs Selena Gomez: Check Out Whose Music Video Has Been Gaining Popularity How rich is Scarlett Johansson? 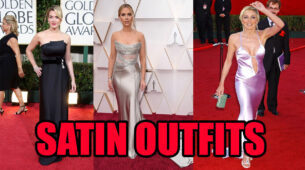