The world tends to forget that before Amitabh Bachchan became a megastar he went through a long period of struggle that lasted from 1969 to1972 when he made non-descript appearances in at least 13 films, not all of them unsuccessful—Bombay To Goa was a success but all the credit went to Shatrughan Sinha.

Until Zanjeer in 1973 no major heroine wanted to work with the Big B. Every major leading lady said no to Zanjeer and Jaya Bhaduri (Bachchan) who was a superstar back then, agreed only because it was her boyfriend’s ticket to superstardom. That apart, the top heroines shied away. Asha Parekh who was offered a film opposite Mr Bachchan in 1971 is said to have refused the offer. They never worked together until many years later when in the prime of his mega-stardom she played his Bhabhi in Kaalia.

Asha Parekh actually took the opportunity during Kaalia to clear the air with Mr Bachchan.

“That’s right I explained to him that I never said no to any offer with him. It was the mediators who caused confusion for their own reasons. They managed to create an unnecessary awkwardness between us,” says Ashaji.

Interestingly the only really major heroine who agreed to work with Mr Bachchan in his pre-Zanjeer days was Mala Sinha who starred opposite him in a flop called Sanjog in 1971.

“I could tell even back then that there was an extraordinary intensity in his personality,” Mala Sinha told me smugly. From Amitabh Bachchan To Alia Bhatt: Here Is Your Zodiac Sign Twin Bollywood Celebrity, Check Out! Times Now Goofup…Misinformation On The Bachchans’ Health Must Stop 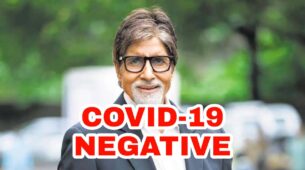